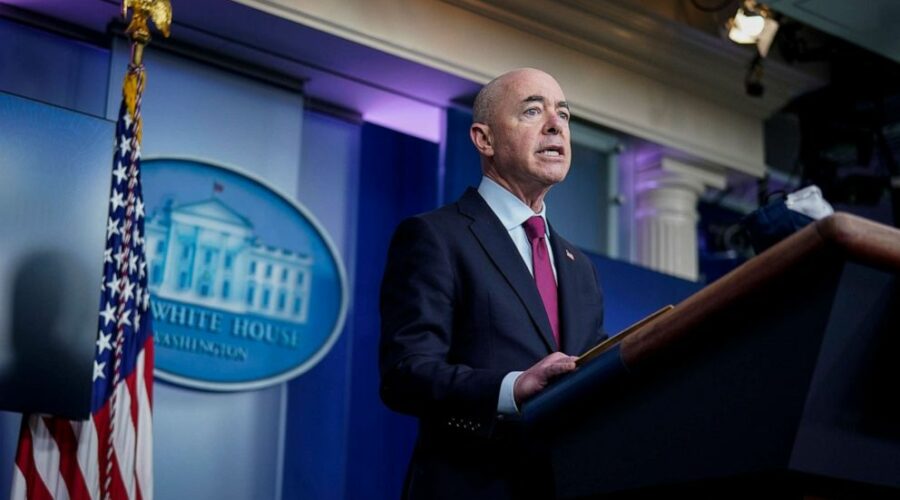 One mother fled from Honduras with her children, another came from Mexico prior to their separations. The two other families were from Guatemala. They will now be allowed to reunite with their children in the U.S.

The government only released limited details about the families due to privacy concerns. It marks the first time the Biden administration’s Family Reunification Task Force has announced a concrete product of its work since it was established at the beginning of his term in January.

“This is just the beginning,” Mayorkas said. We continue to work tirelessly to reunite many more children with their parents in the weeks and months ahead. We have a lot of work still to do. But I am proud of the progress we have made, and the reunifications that we have helped to achieve this week.”

The families will be granted a “humanitarian parole” status, allowing them to remain in the U.S. for a limited amount of time, according to Michelle Brané, executive director of the Family Reunification Task Force. The government is exploring other options for longer-term relief, but Mayorkas said each case is unique.

“There is not a one size fits all,” Mayorkas said. “This is an issue that we are looking into very carefully and working with counsel for the family. “We are all in agreement that stability and resources are needed. These families need that to heal. And we are making our terminations on an individualized basis at this point.”

The administration has so far identified more than 1,000 families that remain separated, Mayorkas and Brene said. The fate of the majority of them are wrapped up in settlement negotiations as part of litigation from the ACLU started under the Trump administration.

“The one thing we did agree on is that we will continue to reunify those where we can as we move forward in those negotiations,” Brané said. “So, this is the first group, and we have more that are in the process that we will be reviewing. So, we hope that in the coming weeks and months, the applications will continue until a larger formal process.”

Officials also took the opportunity to tout the administration’s progress in addressing the surge of migrant children at the border in recent months.

Mayorkas said that since the surge, which at its recent max saw about 5,700 kids in CBP custody, they have seen a 84% decrease in migrant children being held in CBP custody. He said the average wait time in CBP custody is now about 20 hours.

He did not rule out using the task force to hold the prior administration accountable, but did not go into any details.

“The records that the Department of Homeland Security, that we here have inherited are not entirely accurate they are certainly not complete. And so the amount of legwork, is, is significant. And that is our first priority is reuniting these families,” he said.

Former Attorney General Jeff Sessions and his office were the “driving force” behind the Trump administration’s efforts separating migrant families as part of the “zero tolerance” policy aimed at unauthorized border crossers, according to a federal watchdog report released in January.