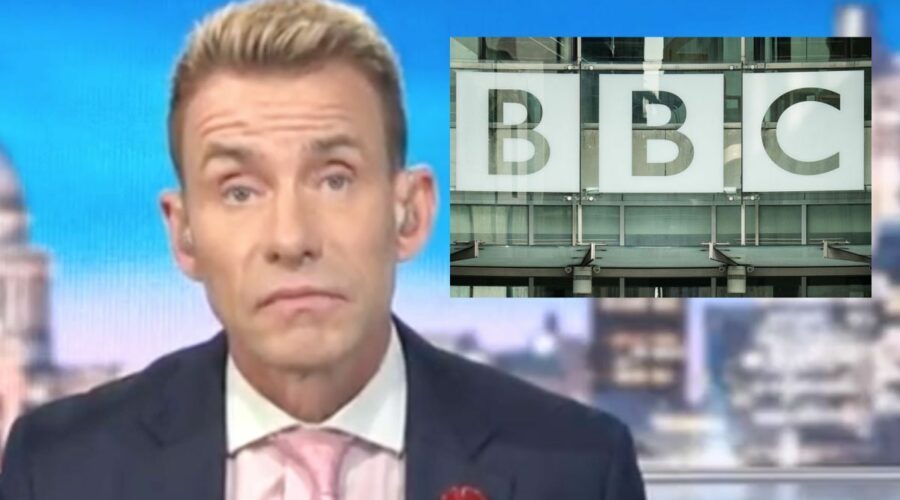 Dr Bull invited Defund the BBC campaigner Rebecca Ryan on air to discuss the licence fee in the wake of presenter Martine Croxall’s return to presenting after 12 days off-air. The broadcaster had been taken off TV following an episode of The Papers on October 23 after she made “several remarks and reactions” which suggested a bias over Boris Johnson’s decision to pull out of the Conservative leadership contest. Ms Ryan suggested the BBC had “breached the contract” with the public when they failed to deliver on a hard reprimand for the presenter.

Dr Bull told TalkTV: “I think there is a real disconnect now.

“Well, why should we pay for something which clearly isn’t impartial? I think they’re shooting themselves in the foot.”

“Absolutely,” replied Ms Ryan. “I mean, like I said, it’s in their charter the charter that means that they’re able to have the licence fee that they have to be impartial.

“Now, time and time again, we see that they’re not impartial.

“And this is just absolutely blatant, [Martine Croxall] and the fact that the BBC have chosen to keep her in that position is really shocking.

“Because it shows that they just don’t care about what their obligations are.”

Returning to presenting BBC News on Friday, Ms Croxall failed to acknowledge her absence, opening the programme simply saying, “This is BBC news, I’m Martine Croxall, the headlines at 11am.”

The accusations of bias came during her introduction to the Sunday night edition of The Papers, in which members of the press and experts look at how the main stories of the day were covered, where Croxall said: “Well this is all very exciting, isn’t it?” adding: “Am I allowed to be this gleeful? Well, I am.”

The programme started around 90 minutes after Mr Johnson pulled out of the Tory leadership race.

In her first question to her guests, Croxall also remarked: “Can we even show you the front pages just yet, have they arrived? No, they haven’t arrived.

“It’s all a little bit, you know, lastminute.com isn’t it? Because all the front pages were probably out of date by the time we received them.”

The episode also saw Croxall suggest that her comments could have breached BBC guidelines.

Responding to a guest’s joke aimed at Mr Johnson, she said: “I shouldn’t probably (laugh). I’m probably breaking some terrible due impartiality rule by giggling.”

Some viewers, including several Tory MPs, reacting to a clip on social media, complained it displayed bias.

Former culture secretary Nadine Dorries said on Twitter: “This lack of impartiality demonstrates how deep-seated the bias is.”