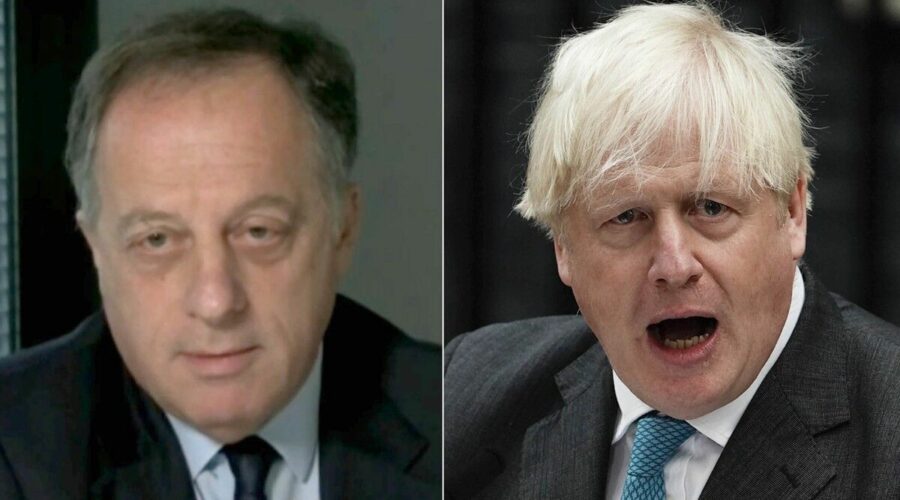 The chairman of the BBC is set to be grilled by MPs next month over the Boris Johnson loan row. Richard Sharp will appear on the Commons Digital, Culture, Media and Sport Committee on February 7.

The former banker is accused of helping facilitate an £800,000 loan for then-Prime Minister Boris Johnson when he was applying for the BBC chairmanship.

Mr Sharp has been facing calls to stand down after it emerged that in late 2020 he had introduced his friend Sam Blyth to the Cabinet Secretary Simon Case to discuss whether he could act as a guarantor on a loan for Mr Johnson.

Mr Sharp, who was subsequently appointed to the role at the corporation in February 2021, denies being involved in any loan.

Damian Green, the Tory chairman of the Committee, said in a letter today to Mr Sharp that he was being asked to appear “following the recent media reports regarding your appointment”.

Mr Green added: “The Committee intends to cover the issues raised in your pre-appointment hearing and any developments since then.”

On Monday, public appointments commissioner William Shawcross announced he is to investigate Mr Sharp’s appointment to the top job at the Beeb to ensure the process was conducted “fairly, openly and on merit”.

Mr Sharp today insisted he will not quit over the furore and said he believes he will be exonerated.

He told BBC News: “No, I’m confident that he will determine that I was appointed on merit. That’s obviously for him to conduct that investigation and process.”

He said the appointment was a “highly rigorous process” with “very tough interviews”.

Mr Sharp said he was “comfortable” with the way the process had been carried out.

He said: “Having had a discussion with the Cabinet Secretary about avoiding conflict, and the perception of conflict, I felt comfortable and I still feel there was no conflict because at that stage what I was seeking to do was ensure that the process was followed exactly by the book, and that the process hadn’t started, of any kind, in terms of any support that Sam was going to provide to the prime minister.

“I had clarified and agreed with the Cabinet Secretary, both of us had the judgment that I’d avoided a conflict or a perception of conflict.”

Mr Sharp said that he dined with Mr Blyth and Mr Johnson at the then-prime minister’s country retreat Chequers in May 2021, after he had been confirmed as the Government’s choice for the BBC role.

Asked how that meeting came about, he said: “Sam came to me and said, ‘Do you want to come to Chequers? I’m going down to have dinner with Al’ (short for Mr Johnson’s first name Alexander).

“I said, ‘Yeah, great’ – I’d never been to Chequers and Sam drove me down and we had dinner and I took advantage of that opportunity to bat for the BBC.”

He said the loan arrangement did not come up during the dinner at the then-premier’s grace-and-favour estate.

The former PM, who was responsible for Mr Sharp’s appointment, has dismissed the row as a “load of complete nonsense”, saying he had no knowledge of his personal finances.

That point was echoed by the BBC chairman, who said “I don’t know anything about Boris Johnson’s finances” as that was “between him and his family”.