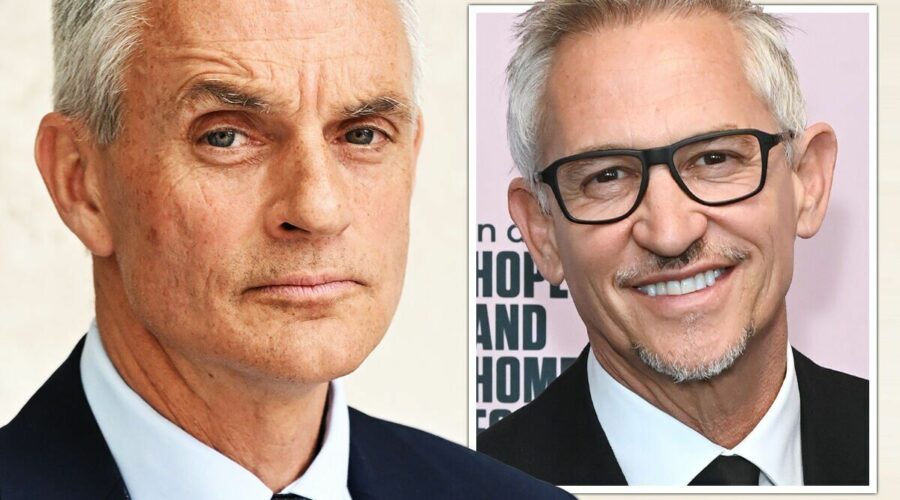 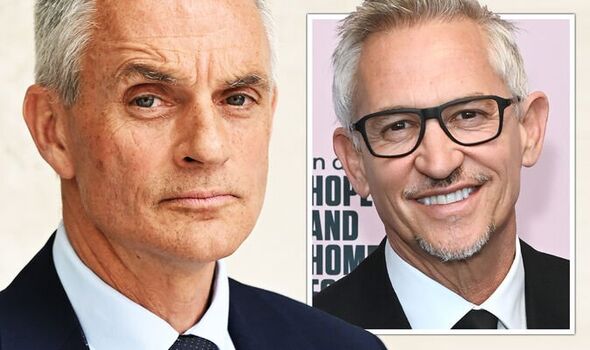 Tim Davie, the broadcaster’s Director General, is due to be quizzed by the Digital, Culture, Media and Sport Committee alongside senior colleagues at a hearing inside the Commons next month. Mr Davie is set to be asked why he has apparently failed to keep a promise to stop presenters including Mr Lineker making partisan political comments. The presenter came under fire last week from BBC journalist Neil Henderson, the broadcaster’s Home and Foreign News Editor, who accused him of ignoring the BBC’s “duty of impartiality”.

The row began when Mr Lineker tweeted: “As a politician how could you bring yourself to vote for pumping sewage into our seas? Unfathomable!”

This was a reference to false claims spread on social media that Conservative MPs voted to allow water companies to dump sewage in rivers and seas.

Mr Henderson sent him a public reply, asking: “Does not our duty of impartiality apply across the BBC?”

But Lineker replied: “Only in news and current affairs. Surely you know this?”

“I know people want to see hard action on this.”

Committee chairman Julian Knight asked whether the rules would apply to Gary Lineker, who has been a vocal critic of the Government on Twitter. Mr Davie said: “If someone is a face of the BBC, entering into partial party politics seems to me not the right place to be.”

Lineker is the BBC’s highest-paid presenter with a £1.35million salary.

The BBC has produced social media guidance for staff including contractors and freelancers as well as employees, which states they must not “express a personal opinion on matters of public policy, politics, or ‘controversial subjects’ if your work requires you to maintain your impartiality, ie if you are working in news and current affairs (across all divisions) and factual journalism production or senior management.”

Rebecca Ryan, of Defund the BBC, said: “Once again the BBC turns a blind eye to its highest paid presenter.”

Journalist Emily Maitlis, former presenter of BBC2’s Newsnight, also criticised the broadcaster’s record on impartiality last week – suggesting it was too close to the Conservatives.

In a reference to Theresa May’s former communications director Sir Robbie Gibb, she told the Edinburgh TV Festival: “Put this in the context of the BBC Board, where another active agent of the Conservative party – former Downing Street spin doctor and former adviser to BBC rival GB News – now sits, acting as the arbiter of BBC impartiality.”

But the presenter finds herself at the centre of a new row regarding a TV report back in May 2020, when she said the “public mood was one of fury, contempt and anguish”.

David Dimbleby yesterday said Ms Maitlis’ mistake was to deliver that monologue as a “polemic”.

The former Question Time host, 83, told BBC’s Today programme: “The things she said should have been questions, not statements. It was a polemic. That was the mistake.”

He also dismissed the notion there is a “cabal” of Conservative supporters in the governorship of the BBC.

Culture Secretary Nadine Dorries launched a review of BBC impartiality in May. A separate government review is taking place into the future of the licence fee.