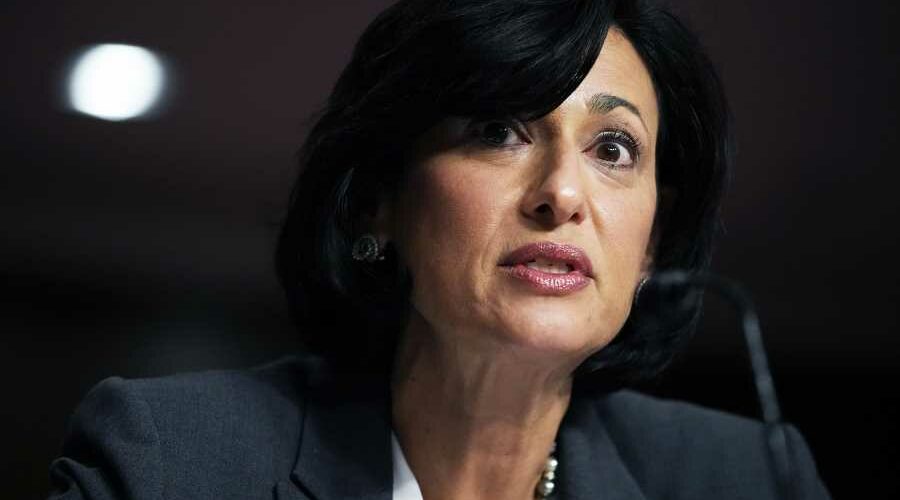 Advocates for people with disabilities are voicing outrage about comments the director of the CDC, Rochelle Walensky, made on national television insisting it was “really encouraging” that the omicron variant is predominantly killing Americans who have other health problems.

“Your words convey that the deaths of disabled people…are acceptable,” wrote executive director Susan Henderson. “Not only is this message from the head of the CDC abhorrent, it perpetuates widely and wrongly held perceptions that disabled people have a worse quality of life than nondisabled people and our lives are more expendable.” Henderson implored Walensky “reflect” on her words — and the potentially “fatal” consequences of “the bias behind them” — asking the CDC director to “change how you speak about the lives and deaths of disabled people.”

Meet the Beatle: A Guide to Ringo Starr's Solo Career in 20 Songs

Walensky sparked the controversy in an interview on Good Morning America on Friday — ironically, as part of a push to course-correct from a cascade of communications failures from her agency — when she put her foot in her mouth, again.

The GMA interviewer teed Walensky up for what seemed like a softball question: “I want to ask you about those encouraging headlines that we’re talking about this morning: this new study showing just how well vaccines are working to prevent severe illness. Is it time to start rethinking how we’re living with this virus?”

The CDC director responded: “The overwhelming number of deaths — over 75 percent — occurred in people who had at least four comorbidities, so really these are people who were unwell to begin with — and, yes, really encouraging news in the context of omicron.” Walensky added a plug for getting vaccinated and boosted, before underscoring her earlier comment: “We’re really encouraged by these results.”

Americans who live with disabilities were pained by Walensky’s remarks. A TikTok user named Britt, who describes herself as “a disabled & chronically ill disability justice advocate,” used her platform to call out the CDC director: “Sometimes people really just say the quiet part out loud.”

She elaborated: “As someone with ‘comorbidities’ or ‘preexisting conditions’ or whatever language we’re using to wrap up disability and chronic illness these days, I don’t think that those numbers are encouraging — at all. And I certainly don’t think that they’re acceptable. Being disabled doesn’t mean a person is ‘unwell’ and it certainly doesn’t mean that they’re going to die anytime soon. And whether Dr. Rochelle Walensky chooses to recognize it or not, our deaths have meaning because our lives have meaning. We are not disposable and none of this should be encouraging or acceptable to anyone.”

This latest CDC controversy — which Twitter critics have decried as flirting with eugenics — comes on top of a communications crisis in the agency, which has struggled to explain its shifting guidance on quarantine times and testing for people returning to work after omicron exposure. (Even the American Medical Association blasted the CDC’s guidance as “confusing” and “counterproductive.”)

The CDC did not respond to a request for comment from Rolling Stone. But Walensky herself appeared to address her misstep in tweet on Sunday. The CDC director did not offer an apology, to be clear, but highlighted her own CV to insist she was committed to “protect our most at risk.”

Walensky may have her hoped her tweet would quiet the outrage, by offering re-assurance of her good intentions. Instead it has enraged them:

“This is it,” tweeted Erin Biba, a noted science writer and contributor to WIRED. “Days and days of people with disabilities and chronic illness pleading for people to place value on their lives after the CDC Director admitted to eugenics policy, and the best she can do in response is nebulous, non-specific ‘taking steps.’”

Biba offered some advice of what the CDC could do concretely: “Send people N95 masks, free tests, support them so they don’t have to put themselves at risk,” she wrote, asking the CDC director to literally, “Do anything.”