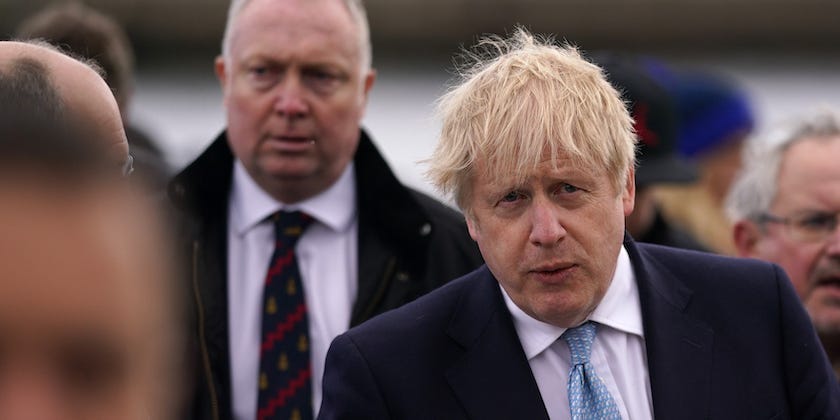 A nurse who treated Boris Johnson when he was hospitalized with COVID-19 last year has resigned over the government’s treatment of health workers.

Jenny McGee, who treated Johnson while he was placed in intensive care at St Thomas’s hospital in April last year, said in a documentary that NHS staff were “not getting the respect and now pay that we deserve,” HuffPost UK reported.

Johnson singled out McGee when he was released from hospital last year following nearly a week of treatment.

Referring to her as “Jenny from New Zealand,” he described her as one of “two nurses who stood by my bedside for 48 hours when things could have gone either way.”

But speaking in a Channel 4 documentary called “The Year Britain Stopped,” which is due to explore the UK’s coronavirus response, McGee said she had become disillusioned by the government’s treatment of NHS staff, HuffPost UK reported.

The government has faced particular criticism this year for offering health staff a 1% payrise, which has been characterized as a real-terms paycut after inflation is factored in.

McGee said that she was invited to take care in a “clap for carers” event at Downing Street in July last summer, but had declined to attend.

“Lots of nurses felt that the government hadn’t led very effectively, the indecisiveness, so many mixed messages. It was just very upsetting,” she said.

Insider contacted the Department of Health for comment, but is yet to recieve a response.

Keir Starmer, the Labour leader, said McGee’s decision was a “devastating indictment of Boris Johnson’s approach to the people who put their lives on the line for him and our whole country.”

McGee said she would be starting a nursing contract in the Caribbean and holidaying in her native New Zealand, HuffPost UK reported.