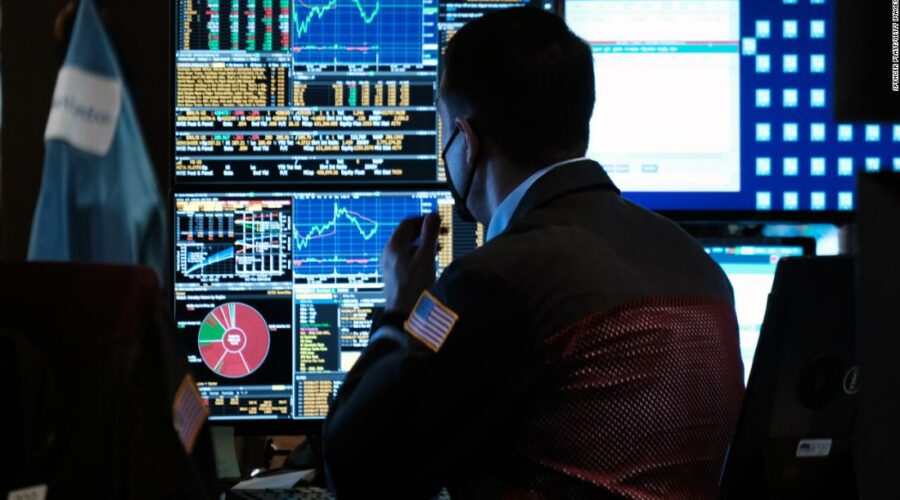 London (CNN Business)Investors are anxious, tired and gloomy as they digest the worst start to the year since 1970 and try to chart a path forward. But you wouldn’t know it from watching major stock indexes.

What’s happening: The S&P 500 rallied more than 9% in July, its best month since November 2020. The hope, among investors, was that the Federal Reserve could start to mellow out, reducing the risk that the central bank’s aggressive interest rate hikes could tip America’s economy into a recession this year or next.
But real excitement about the pop is difficult to come by. Many traders are reading the gains as a “bear market rally,” or a short-lived rise within a broader downturn.

“We think the market might have been too complacent too soon in fading recession risks,” strategists at Goldman Sachs told clients this week. “We think markets will be vulnerable to hawkish surprises.”

If stocks do start posting consistent losses again, it could be painful. That’s because many investors have kept their money in the market despite recent volatility.

“We haven’t seen broad-based outflows,” Karim Chedid, head of investment strategy for BlackRock’s iShares business in Europe, the Middle East and Africa, told me. “There’s still money in equities.”
The big reason investors haven’t dumped stocks is because they entered 2022 with high levels of cash, according to Chedid. As inflation surges, diluting that cash’s value, they’re not eager to hold more. And so far, attractive alternatives have been limited.

“It means that the pain trade is on the way down,” Chedid said. In other words, those who still have skin in the game could get hammered.
Know this phrase: Strategists have been waiting for a moment known as “capitulation,” when losses become too brutal to shoulder any longer and even the most reluctant traders head for the exits. It often signifies that the trough of a sell-off could be close.
Data on fund flows subverts the idea that capitulation has already arrived. There’s still plenty of exposure, which means the whims of the market could induce more misery.
Full-throated bulls may be hard to come by right now, but not everyone is a total cynic.
“Although the activity outlook remains challenging, we believe that the risk-reward for equities is looking more attractive as we move through [the second half of the year],” JPMorgan Chase’s Marko Kolanovic told clients this week, noting that valuations compared to future earnings look tempting.
Yet Bank of America’s Savita Subramanian notes that many companies still aren’t cutting their earnings estimates even as economic growth slows. That poses a major vulnerability should conditions deteriorate rapidly.

US House Speaker Nancy Pelosi’s expected visit to Taiwan shook markets in Asia on Tuesday as investors showed concern that the trip could escalate tensions between the world’s two biggest economies. 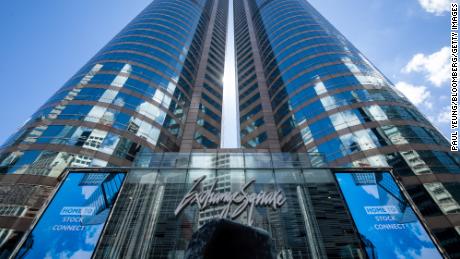 The latest: Hong Kong’s Hang Seng Index dropped 2.4%, my CNN Business colleague Laura He reports. Mainland China’s Shanghai Composite ended down 2.3%. Taiwan’s Taiex closed 1.6% lower.
The Taiwan dollar weakened 0.1% against the US dollar. Meanwhile, the Japanese yen, a traditional safe-haven currency, surged 0.6% against the greenback.
Investors also bought US government bonds, which are considered a safe bet.
Step back: Pelosi is expected to visit Taiwan as part of her tour of Asia, according to a senior Taiwanese government official and a US official.
The decision comes despite warnings from Biden administration officials, who are worried about China’s response to such a high-profile visit. The House speaker, who comes second in the line of succession for the presidency after the vice president, hasn’t visited Taiwan in 25 years.
“No party wants a real war, but the risk of mishap or even aggressive war game escalation is real, which could always lead to a tactical mistake,” Stephen Innes, managing partner at SPI Asset Management, told clients on Tuesday.

In a recent edition of Before the Bell, I wrote about how global supply chains are showing signs of improvement, a development that could ultimately push down decades-high inflation.
But I noted that the timeline for a return to normal conditions is still anyone’s guess — a thesis supported by Maersk’s latest guidance for investors.
The container shipping giant raised its annual profit forecast on Tuesday. It now expects earnings of $37 billion, up from $30 billion previously.
The rationale: “Congestion in global supply chains leading to higher freight rates has continued longer than initially anticipated.”
Maersk said it now expects a “gradual normalization” in freight travel by sea to take place in the last quarter of this year. In May, the company expected that process to take place “early” in the second half of 2022.
My takeaway: The cost to ship a 40-foot container keeps coming down, which is good news. But it’s hard to put too much stock in timelines, which have been delayed again and again. And the shipping industry remains at the mercy of a host of variables, from Covid-19 and war in Europe to an uncertain economic environment.
“In view of the war in Ukraine, the continuing disruptions to global supply chains and the effects of the Covid-19 pandemic, the forecast is subject to considerable uncertainty,” Maersk rival Hapag-Lloyd said when it raised its annual profit forecast last week.