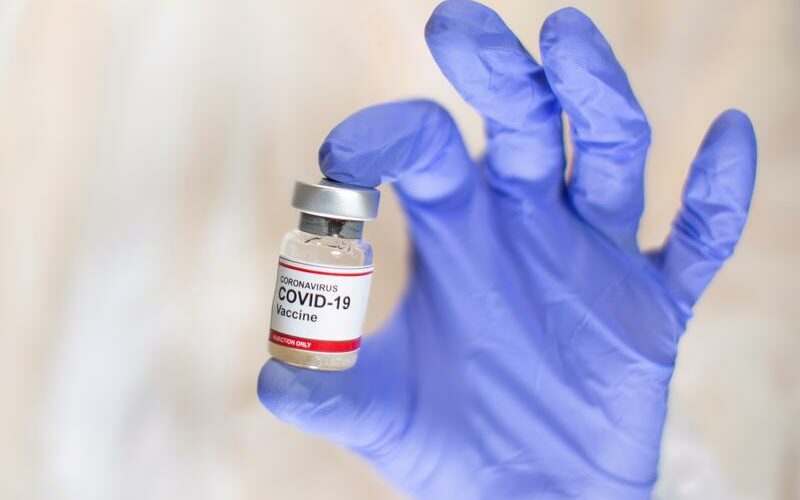 LONDON (Reuters) – Britain said on Thursday that global supply bumps meant its vaccine roll-out would be slower than hoped in coming weeks but it expected deliveries to increase again in May, June and July.

British Health officials warned on Wednesday that the world’s fastest big economy roll-out of the vaccine would face a significant reduction in supplies from March 29.

Pfizer Inc and AstraZeneca Plc said their delivery schedules had not been impacted, and Housing Secretary Robert Jenrick refused to be drawn on whether the issue was due to a problem with supply from India.

“We have less supply than we might have hoped for the coming weeks but we expect it to increase again later,” Jenrick told the BBC.

“The vaccine roll-out will be slightly slower than we might have hoped but not slower than the target,” he said. “We have every reason to believe that supply will increase in the months of May, June and July.”

Britain is on track to have given a first COVID-19 shot to half of all adults in the next few days, making it one of the fastest countries to roll out a vaccine.

So far 25.27 million people in the United Kingdom have had a vaccine, around 48% of adults.

“We always said right from the beginning that a new manufacturing process would have its lumps and bumps and that has been the case in the past and I’m sure it will be in the future,” Jenrick told Sky.

“We’re sourcing vaccines from all over the world and we are experiencing occasionally some issues and that’s led to this, this issue with some supply in the coming weeks,” he said.

Asked if the issue was supply from India, Jenrick declined to discuss specific contracts.

He said Britain remained on track to have vaccinated priority groups by April 15 and all adults by the end of July.

The European Union threatened on Wednesday to ban exports of COVID-19 vaccines to Britain to safeguard scarce doses for its own citizens facing a third wave of the pandemic that would jeopardise plans to restart travel this summer.

“I was surprised and disappointed by those comments but the prime minister had spoken earlier in the year to Ursula von der Leyen and she gave a very clear commitment, which was that the EU would not engage in this sort of activity, that contractual responsibilities would be honoured.

“And that’s exactly what we intend to do and I hope and expect the EU to stick to their side of the bargain.”

18/03/2021 Markets Comments Off on UK vaccine roll-out to be slower than hoped, deliveries to pick up from May
Markets