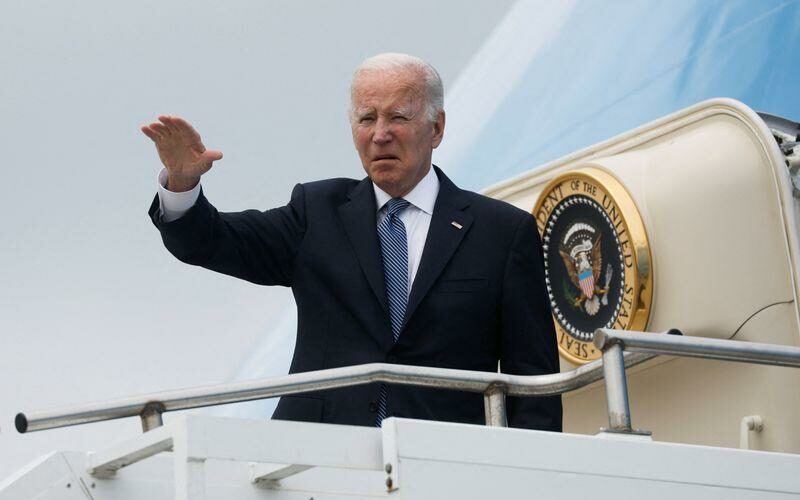 MADRID (Reuters) – NATO hopefuls Finland and Sweden voiced optimism on Tuesday that Turkey might lift its veto over their stalled bid to join the military alliance at a summit in Madrid, where U.S. President Joe Biden is set to meet his Turkish counterpart.

The White House confirmed Biden would meet Turkish President Tayyip Erdogan during the summit that starts later on Tuesday and runs until Thursday, although it was unclear how far Biden would go to break the impasse, three NATO diplomats said.

With negotiations set to continue into the evening, Turkey, Sweden and Finland agreed to prepare a joint memorandum to address Ankara’s concerns over NATO membership for Helsinki and Stockholm, two Finnish newspapers, Helsingin Sanomat and Iltalehti, reported.

Reuters could not immediately confirm the report.

Biden, who also arrived in Madrid before a dinner with his fellow NATO leaders, did not directly address the issue in his public comments with Spanish Prime Minister Pedro Sanchez and King Felipe of Spain.

But he stressed the unity of the alliance, saying NATO was “as galvanized as I believe it’s ever been”.

Other allies, including France and Spain, indirectly urged Turkey to yield. Speaking at the Group of Seven summit in Germany, French President Emmanuel Macron called for a message of “unity and of force” from NATO in Madrid.

Turkey’s unexpected objections to the two Nordic countries’ membership bid, which if successful would be the biggest shift in European security in decades, threatens to overshadow a summit striving for unity as Russia wages war in Ukraine.

“The general view is that the discussions went somewhat better, which should mean that understanding has somewhat increased on both sides,” Finland’s Niinisto told reporters in Helsinki earlier on Tuesday.

Swedish Foreign Minister Ann Linde went further, telling daily Svenska Dagbladet (SvD): “We are prepared for the eventuality that something positive could happen today, but it might also take longer.”

Ankara’s main demands are for the Nordic countries to stop supporting Kurdish militant groups present on their territory, and to lift their bans on some sales of arms to Turkey.

Those conditions are now the subject of intense diplomacy as NATO allies try to seal the accession in record time as a way of solidifying their response to Russia, particularly in the Baltic Sea, where Finnish and Swedish membership would give the alliance military superiority.

‘IF NOT NOW, THEN LATER’

Before leaving for Madrid, Erdogan held firm on his stance, saying Turkey wanted action, not words, to address its concerns, adding he would also push Biden on an F-16 fighter jet purchase.

“We want results. We are sick of passing the ball around in the mid-field,” he said at Ankara airport.

Erdogan said he had spoken to Biden on Tuesday morning ahead of the planned Madrid meeting and would explain Turkey’s position to allies at the summit and in bilateral meetings.

He said he would discuss with Biden the issue of Ankara’s procurement of S-400 air defence systems from Russia – which led to U.S. sanctions – and a request to buy 40 F-16 jets and modernisation kits from Washington as well as other bilateral issues.

Turkish Foreign Minister Mevlut Cavusoglu said NATO needed to focus more on the “fight against terrorism in all its forms,” which was “also valid for the applicant countries”.

Spain’s Sanchez, standing alongside Stoltenberg, said NATO had no option but to admit Finland, which shares a 1,300 km (810-mile) border with Russia, and Sweden.

“We are convinced that, if not now, it will be later, but eventually they will join the Atlantic alliance,” Sanchez said.