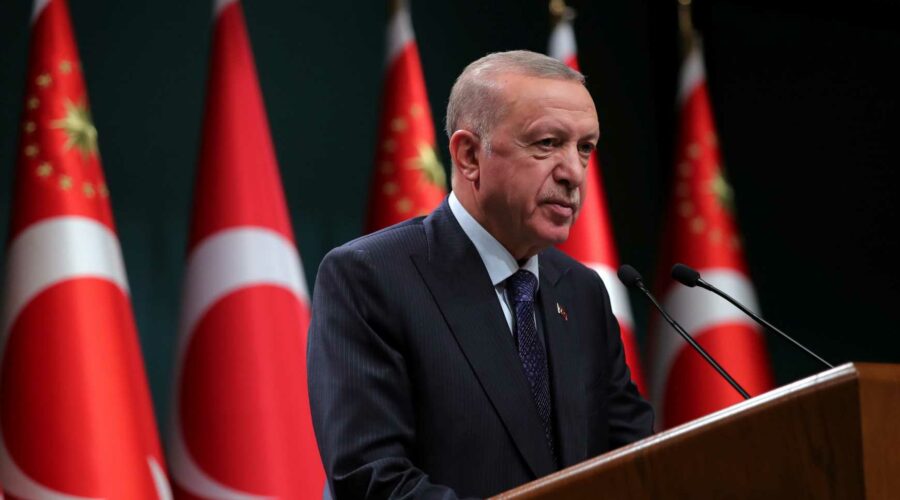 Turkey's central bank voted on Thursday to cut the country's key interest rate, the one-week repo rate, to 14% from 15%, sending the lira to a new record low of 15.5 to the dollar immediately following the news.

The currency had already breached 15 to the dollar in the hours before the decision as markets anticipated a rate cut. The lira was trading at around 15.51 to the dollar just after 2 p.m. in Istanbul.

Inflation in the country of 84 million is now at more than 21% and has climbed steadily as President Recep Tayyip Erdogan has refused to raise rates, meaning purchasing power for Turks earning local salaries has plunged. The lira has lost 50% of its value against the dollar year to date.

Investors and economists have been desperately calling for Erdogan to reverse course, but he's so far stuck to his unusual conviction that higher rates worsen inflation, rather than cooling it, as is the widely accepted economic principle.

The bank's statement alongside its decision suggested it would pause the monetary easing cycle early next year and monitor its effects in the coming three months.

But even so, says Jason Tuvey, senior emerging markets economist at Capital Economics, "the lira will remain under pressure and capital controls are likely."

"Today's move provides further evidence, if any were needed, that macro developments are playing little role in the CBRT's policy formulation," Tuvey wrote in a note Thursday, noting that the lira has tanked 36% against the dollar since the start of November alone. Inflation is expected to jump to as high as 30% in the coming months.

"But President Erdogan has continued to dictate to the heavily-purged CBRT to test out his unorthodox view that lower interest rates are needed to bring inflation down," Tuvey said.

The decision follows a long series of rate cuts from the central bank, which is seen by markets as not independent from Erdogan, who has called interest rates "the mother of all evil." He has fired several central bank officials, including three central bank governors in the last two years, over policy differences. Interest rates have now come down by a total of 500 basis points since September.

Turkey's central bank previously announced it was intervening directly in the foreign exchange market on Monday, selling dollars to prop up the lira. But given its already low FX reserves, analysts doubt the strategy will be effective.

Analysts are calling the current lira rout the second currency crisis for Turkey in three years. In the first half of 2018, investors were already sounding the alarm at the central bank's lack of independence from Erdogan as the lira breached what was, at the time, a record low of 4 and then 5 lira to the dollar. To imagine the currency falling through 15 to the dollar was at the time unfathomable.