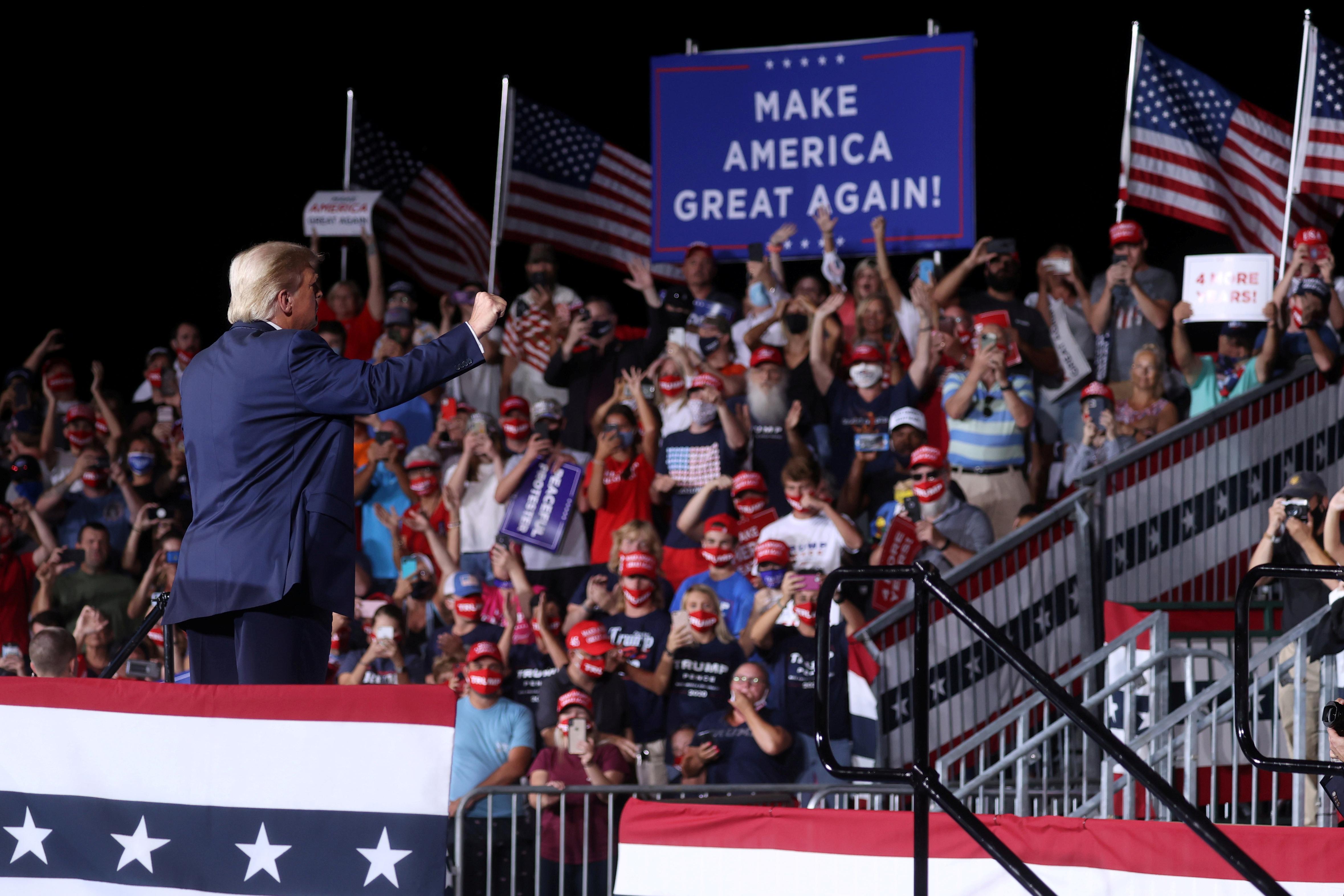 (Reuters) – President Donald Trump’s plan to hold campaign rallies this weekend at two Nevada airports was scrapped on Wednesday after local authorities said the events would violate the state’s coronavirus-related ban on gatherings of more than 50 people.

Trump’s campaign said the president would still travel to Nevada, a swing state that will help decide whether the Republican incumbent or Democratic rival Joe Biden wins the Nov. 3 presidential election.

The rallies had been scheduled at airports in Las Vegas and Reno. Tim Murtaugh, a Trump campaign spokesman, accused Democrats of trying to stop Trump from speaking to voters.

Nevada’s Democratic governor Steve Sisolak has limited in-person gatherings to 50 people since May as part of efforts to lower the rate of COVID-19 infections in the state.

“The Governor’s Office had no involvement or communication with the event organizers or potential hosts regarding the proposed campaign events advertised by the Trump campaign,” Sisolak said on Twitter.

Trump has held a series of recent campaign rallies in airport hangars in other states, often in violation of local coronavirus crowd-size guidance. His rally on Tuesday at an airport in North Carolina drew thousands, despite state guidelines limiting outdoor gatherings to 50 people.

Biden’s recent public events have been limited to small crowds in keeping with local safety guidelines.

The White House has said attendees of Trump’s rallies are encouraged to wear masks and that the gatherings are no different from people who show up to peacefully protest on American streets.

Madison Mundy, a spokeswoman for the Nevada Democratic Party, said in a statement: “The fact that Donald Trump was even considering holding these unsafe events in the midst of a global pandemic is just the latest example of his poor judgment and complete disregard for Nevadans’ public health and safety.”