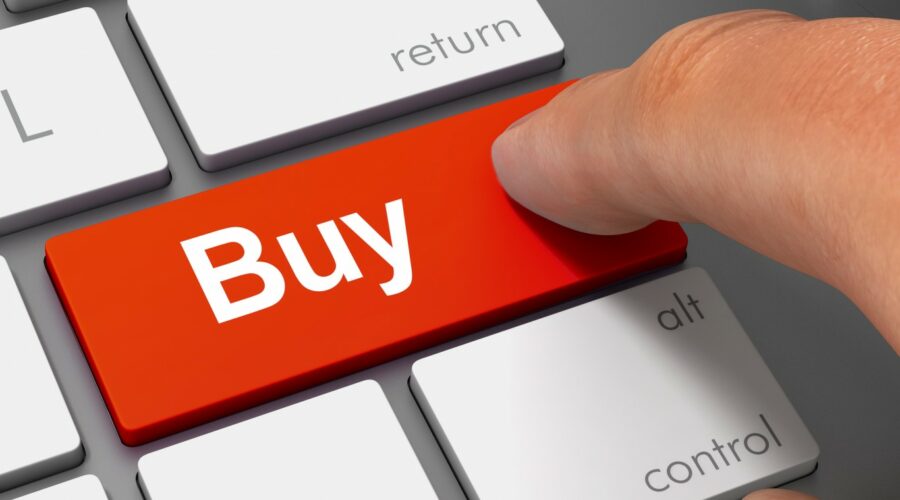 The Fintel Insider Sentiment quant model identifies US stocks that have experienced significant insider buying activity over the last 90 days.

There is significant academic research that suggests corporate insiders outperform the market when buying shares in their own companies.

Company insiders buy stock for a range of different reasons. Sometimes they buy because they think the stock is undervalued, they could buy to boost investor confidence that management is aligned with shareholder objectives or they might even know something that ordinary retail investors don’t.

The multi-factor quant score is calculated by analysing the number of insiders purchasing stock, the percentage of the float that has been purchased and the change in share price vs the average purchase price of the insiders.

The top 10 stocks with the highest insider sentiment score have been highlighted in this article with a brief overview of recent developments.

This quarter, the list has been dominated primarily by small-cap biopharma stocks that have suffered some of the largest losses over 2022.

CGTX / Cognition Therapeutics ranks ninth with a score of 98.06. Five insiders have bought 9.21% of the total float over the last 90 days with a total of $2.1 million worth of shares purchased. The insiders have profited 83.50% on the average purchase price of $1.25 per share.

In December, Cognition announced that it will be expanding the Phase 2 clinical trial of the oral candidate CT1812 with the first patient dosed in Europe. The company also filed a $200 million mixed shelf registration to enable further capital to be raised.

ERNA / Eterna Therapeutics ranks eighth with a 98.10 insider score.Three insiders bought ERNA stock during December equating to 26.78% of the float. The total value purchased was $2.9 million and the insiders have profited 3.66% based on an average purchase price of $3.40.

TNYA / Tenaya Therapeutics is seventh on the list with an insider score of 98.21. Three insiders have purchased 35.09% of the float over the last 90 days with a net dollar volume of $32.08 million. The insiders have a negative return of -24.62% based on an average purchase price of $2.60.

Casadin resigned from his position on TNYA’s board in early December and said it was not caused by any disagreement with the company.

The insiders included Board members Aaron Davis, Franklin Berger and BVF Partners. Fintel’s broker changes page reported that RAIN was initiated by institution EF Hutton on the 5th of January with a ‘buy’ recommendation and a $16 target.

PLAY / Dave & Buster’s Entertainment is fifth on the list with a 98.36 insider score. Seven net insiders purchased 5.41% of PLAY’s float with $73.07 million of net volume purchased. The insiders have profited on average 12.82% based on an average purchase price of $34.21.

The company reported Q3 results in December, beating consensus revenue and profit forecasts. Comparative sales grew over the year with both segments reporting sales ahead of forecasts.

CDZI / Cadiz is fourth on the list this quarter with a score of 98.60. Six insiders have bought CDZI shares over the last 90 days with a net dollar volume of $3.8 million. The insiders have purchased 6.37% of the float and have profited over 50% based on an average purchase price of $2.02.

HRT / HireRight Holdings is third on the list this quarter with an insider score of 98.62. Four insiders have purchased $28.2 million of HRT stock equating to 14.05% of the float. These insiders have profited around 8.75% based on an average purchase price of $11.04.

The insiders that have bought stock include institutions General Atlantic and Stone Point Capital and Board member James Carey.

DRTT / DIRTT Environmental Solutions is second on the list with a score of 98.93. Six insiders have bought $2.2 million worth of shares equating to 17.03% of the float over the past 90 days. The insiders have profited a solid 123% based on an average purchase price of 31 cents per share.

CLNN / Clene Inc currently holds the top spot on the list with a score of 98.98. The $72 million market cap company experienced a high volume of insider trading activity in November.

A total of five insiders bought $5.85 million worth of shares on the market equating to 23.36% of the total float. During the same period the stock’s share price has retreated -5.5% lower but continues to trade around the $1 level, around -75% lower than the share price at the beginning of 2022.

The insiders all purchased shares as part of a $10.8 million direct equity offering that was completed at $1.01 per share. Board members Chidozie Ugwumba, Jonathon Gay, Alison Mosca and John Stevens purchased $2.95 million of shares. The group’s Chairman David Matlin made the largest purchase, buying 2,871,287 shares, bringing his total to 5.3 million.