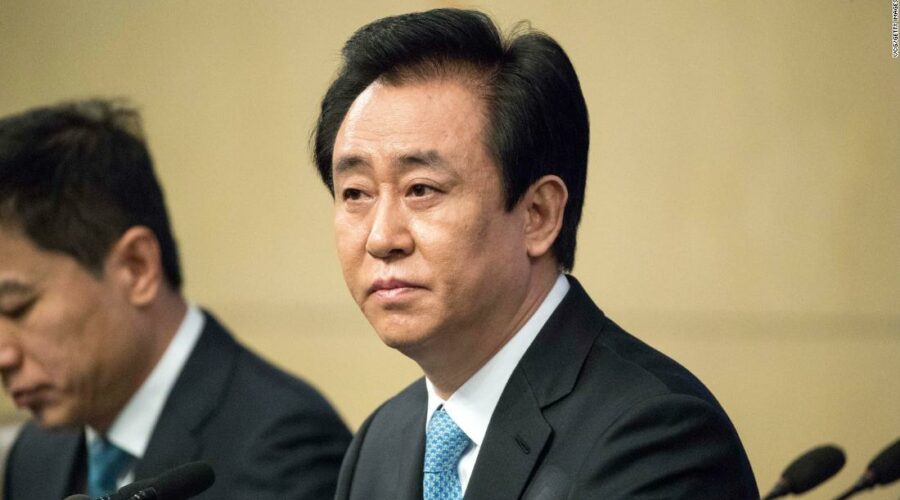 Xu has sold several houses in Hong Kong, Guangzhou and Shenzhen, as well as some private jets, the state-owned China Business News reported Tuesday, citing anonymous sources close to the matter.
The cash, which Xu has been pumping into Evergrande since the beginning of July, has been used to “maintain the basic operations of his huge business empire,” the paper reported, adding that the money has been used to pay staff salaries, interest payments on some bonds and cash owed to investors in its wealth product. The money has also gone toward finishing property projects across China.

“So far Xu Jiayin has been personally raising money to continue the life of Evergrande,” the media outlet wrote.

Evergrande did not immediately respond to a request for comment from CNN Business about the report.

Shares in the company rose as much as 4.3% in Hong Kong on Wednesday morning, though by the afternoon they had pared gains and were last up 1.1%. So far this year, the stock is down 80%. 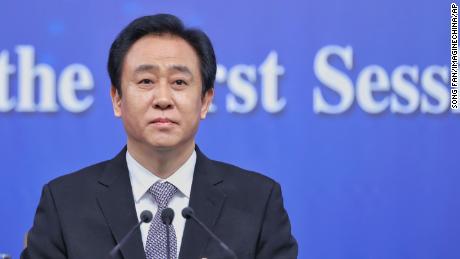 Evergrande has been trying to shed assets to avoid defaults as it grapples with more than $300 billion liabilities, but its efforts have been met with mixed success.
In late September, the company announced that it would sell a $1.5 billion stake in Shenyang-based Shengjing Bank to a state-owned asset management company. But last month, it called off a plan to sell a majority stake in its property management unit for $2.6 billion to rival Hopson Development Holdings. Both companies said they were unable to agree on terms of the deal.
Speculation about Xu’s role in keeping the company afloat has mounted. Bloomberg, for example, reported late last month — citing anonymous sources — that Chinese authorities have told Xu to use his personal wealth to pay the company’s debts.
Xu can presumably only do so much. His personal wealth is valued at about $7.9 billion, according to the Bloomberg Billionaires Index — far less than the hundreds of billions of dollars that Evergrande carries in debt.
So far, though, the company appears to have avoided defaulting on any of its publicly traded offshore bonds by paying overdue interest before grace periods expire for each of those obligations.
It has another deadline coming up for an overdue payment on a dollar-denominated bond. The 30-day grace period for that bond expires November 29, according to Eikon Refinitiv.

Other Chinese property developers have also taken a hit as Evergrande’s debt woes continue, with their shares and bonds falling and rating agencies issuing more downgrades. China’s property sector has been suffering from a government campaign to curb excessive borrowing, which began last year.
S&P Global Ratings on Tuesday downgraded the credit rating of China Aoyuan Group, a major developer based in Guangzhou, to junk.
The rating agency said Aoyuan may not have sufficient cash for debt repayment and could face a liquidity crisis soon, as its property sales have plunged and its debt maturities are expected to pile up in 2022. 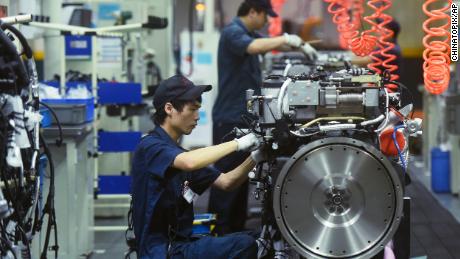 The rating action followed similar moves by Fitch Ratings and Moody’s, which both downgraded Aoyuan because of increased liquidity risks facing the company.
China Aoyuan’s shares, which trade in Hong Kong, have plunged more than 30% in the past month.

Fitch Ratings on Tuesday also further downgraded the credit rating of troubled homebuilder Kaisa Group to “C” from “CCC-,” as it believed the firm has missed interest payments on several dollar-denominated bonds due earlier this month. Kaisa’s stock has been suspended from trading in Hong Kong since earlier this month.
A number of other developers are also teetering on the brink, with Shenzhen-based Fantasia Holdings and Beijing-based Modern Land having recently missed bond or loan repayments.
Source: Read Full Article

17/11/2021 Markets Comments Off on The stakes are too high to let Evergrande fail. Here's why
Markets