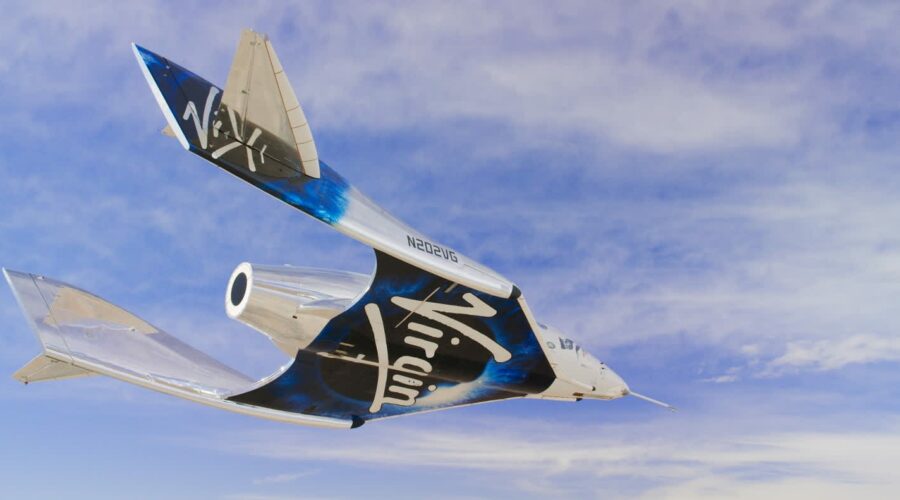 Virgin Galactic — Virgin shares soared more than 36% after it announced the Federal Aviation Administration has given it the green light to fly paying customers into space. It's the first such license approved by the FAA. The company has about 600 tiket reservations for future flights that sold at between $200,000 and $250,000 each.

Nike — Shares of the athletic retailer surged more than 13% following its better-than-expected quarterly results. Nike reported earnings of 93 cents per share, outpacing Refinitiv estimates by 42 cents. Revenue came in at $12.34 billion, topping estimates of $11.01 billion. Digital sales were up 41% since last year and 147% from two years ago.

BlackBerry — The security and communications software maker saw its shares fell 6.8% after it reported a loss in its quarterly earnings. Blackberry reported better-than-expected revenue, helped by a boost in electric vehicle sales, which increased demand for the company's QNX software. Bank of America also upgraded the stock to a buy.

Nokia — The telecom-infrastructure provider's stock rose 6.4% after Goldman Sachs lifted its rating to a buy from neutral, saying it sees a "better" 5G spending backdrop and that the company could "regain their place as a key tech enabler for cellular connectivity."

CarMax — Shares of the auto retailer rose 6.2% after it reported better-than-expected earnings for its latest quarter. CarMax beat the consensus estimate by $1 a share, with quarterly profit of $2.63, due in part to a pandemic-related preference among consumers for cars over public transport.

FedEx — The shipping giant fell nearly 5% despite beating on the top and bottom lines of its quarterly results. FedEx reported earnings of $5.01 per share on revenue of $22.57 billion. Analysts expected earnings per share of $4.99 on revenue of $21.51 billion, according to Refinitiv. However, CEO Fred Smith said operations are being crimped by an inability to find enough workers, and the company will ramp up capital spending by 22% this year to deal with delivery delays.

Enphase Energy — Shares of the microinverter maker jumped more than 4% after two bullish Wall Street calls from Citi and Stephens, both of which initiated coverage on the company with a buy-equivalent rating. Stephens said the recent pullback in shares is an attractive entry point for investors for a company that has "market share capture on the horizon."

Big banks — Bank stocks are in the spotlight Friday after the Federal Reserve released the results of its annual stress test Thursday, giving a thumbs up to all 23 banks subjected to the latest round. The move should pave the way for the banks to significantly raise dividends and restart buybacks. Wells Fargo and Bank of America are trading up 2.92% and 2%, respectively. JPMorgan Chase is trading 1.14% higher and Citigroup ticked up 0.4%.