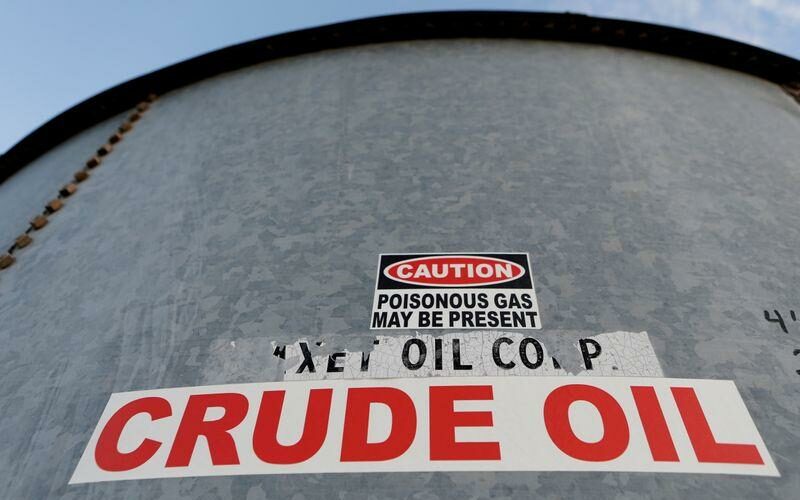 TOKYO (Reuters) – Oil prices were mixed on Tuesday, paring earlier gains, as expectations that major producers will not boost supply any time soon were offset by worries over slowing global fuel demand amid a spike in the Delta variant of coronavirus infections.

FILE PHOTO: A sticker reads crude oil on the side of a storage tank in the Permian Basin in Mentone, Loving County, Texas, U.S. November 22, 2019. REUTERS/Angus Mordant/File Photo

The prices recovered from the previous day’s losses in early Asia trade after four sources told Reuters that OPEC+ – the Organization of the Petroleum Exporting Countries and its allies, including Russia – believes oil markets do not need more crude than they plan to release in the coming months, despite U.S. pressure to add supplies to check an oil price rise.

But the market ran out of steam mid-session amid concerns over the resurgence in the COVID-19 pandemic.

Worries over weaker demand in China, the world’s biggest oil importer, grew on Monday after the nation’s daily crude processing last month fell to the lowest since May 2020 as independent plants slashed production amid a tighter quotas, high inventories and weakening profits.

U.S. shale oil output is expected to rise to 8.1 million barrels per day (bpd) in September, the highest since May 2020, according to the Energy Information Administration’s monthly drilling productivity report on Monday.

“WTI has a support at around $65 and investors tend to look for bargains whenever the benchmark gets closer to the level as we have seen on Monday and last week,” Tazawa said.