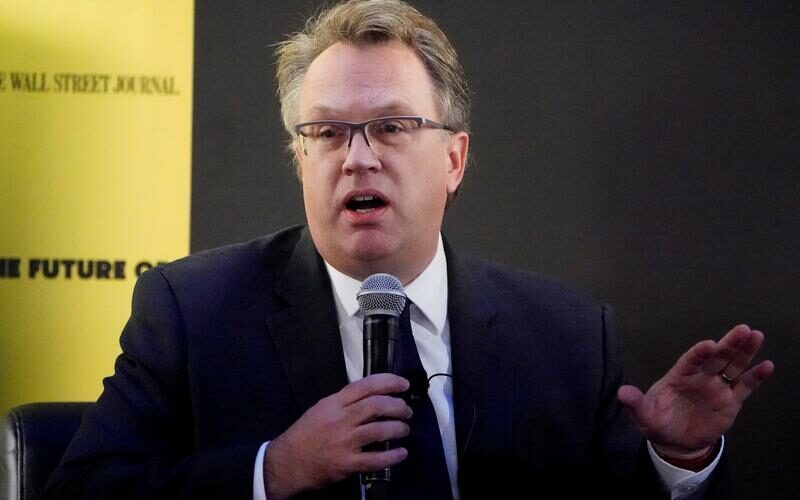 (Reuters) – The U.S. economy is poised to grow at the fastest rate in decades as it rebounds from the crisis caused by the coronavirus pandemic, but conditions are still not nearly strong enough for the Federal Reserve to consider pulling back its support, New York Fed Bank President John Williams said on Monday.

U.S. gross domestic product could increase by around 7% this year after adjusting for inflation, bringing in the fastest growth since the early 1980s, Williams said. But that boom may not be enough to achieve the Fed’s dual mandate for inflation and maximum employment, Williams said.

“It’s clear there is a big shift in the economy, and the outlook has improved,” Williams said in remarks prepared for a virtual event. “But let me emphasize that the data and conditions we are seeing now are not nearly enough for the FOMC to shift its monetary policy stance.”

Fed officials agreed last week to keep interest rates near zero and to continue purchasing $120 billion a month in bonds until there is “substantial further progress” toward the Fed’s goals for maximum employment and inflation.

But the labor market is still short about 8.5 million workers when compared to before the pandemic, a shortfall similar to the worst point following the Great Recession, Williams said. The job losses fell hardest on service sector workers and Black and Hispanic workers, he said. “This means we will need big jobs numbers for some time to fully get the country back to work,” Williams said.

And while inflation may rise in the near term as prices come back from the low levels reached last spring, it is likely to come back down to about 2 percent next year, Williams said.