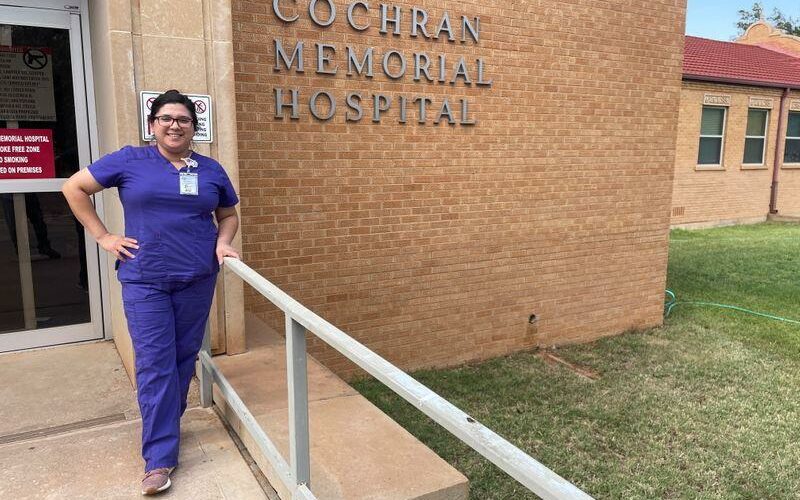 It was mid-February and the small town of Morton in far West Texas had just received its first doses of the Moderna coronavirus vaccine – just a few weeks after a beloved physician’s assistant had died, and not long after the hospital’s clinic was forced to close for two weeks because all the staff were sick with COVID-19.

Herrera, a 28-year-old nurse, was asked to organize the inoculation effort. Patients and doctors would make 800-mile (1,290 km) round trip drives from Austin and elsewhere to obtain vaccines. Herrera had a waiting list with over 900 names.

Herrera was not alone as she watched vaccine demand dry up beginning in early April. Public health experts say vaccination drives around the United States began to fall off sharply at the same time, resulting in President Joe Biden missing his stated goal of having 70% of Americans aged 18 and older at least partially vaccinated by July 4.

The Centers for Disease Control on Thursday said that 65.7% of adults had taken at least one dose. Biden visited North Carolina on Thursday to make the case for more people to get vaccinated.

A combination of problems with access, along with mistrust about the vaccines and how quickly they were rolled out, are the biggest challenges, health officials said.

Morton is the county seat of Cochran County. Just 37% of its residents are at least partially vaccinated, according to the Texas Department of State Health Services – far below the national figure of 53.7%, according to the CDC.

Cochran County is 61% Latino and one-fifth of its 2,800 residents are living in poverty, according to the Census Bureau.

Polling data from the Kaiser Family Foundation shows a gap between non-Hispanic whites who say they have received the vaccine – 65% – versus Latinos at 57%. Complete, consistent data on the racial breakdowns of who has received the vaccine is not available from most states.

Reuters interviewed 14 unvaccinated people aged 36 and younger in Cochran County and neighboring Hockley County this week. Concerns about the speed with which vaccines were developed and a general view that younger people were less likely to fall ill were the most cited reasons for not taking the shot.

“COVID is not a hoax, I’m not one of those people, I’m not an anti-vaxxer,” said Michelle Martinez, a 27-year-old working at the R&H Grill in Morton. “But these vaccines were just developed extremely quickly. I’m not going to take it.”

Getting younger adults vaccinated here is an important tool in eradicating the coronavirus in the United States, said infectious disease official Anthony Fauci, especially with the impact of the more transmissible Delta variant.

The biggest reason for those disparities, Limaye argues, is access. Problems include distance to vaccine centers, not being able to get time off work to get a shot, language barriers and mistrust of the healthcare system.

Rebecca Weintraub, faculty director of the Global Health Delivery Project at Harvard University, said that even before COVID-19, vaccine hesitancy had been steadily increasing. The best weapons in wooing people into taking the vaccine were local physicians, along with church and community leaders, and having easy, constant access to the shots.

“The vaccine should be on the menu at all times, including when you’re seeing a primary care provider or any other provider in a health care setting,” she said. “We haven’t done that yet.”

Nick Honesto, a 36-year-old in Morton, had an uncle and a friend die from COVID-19, but said he still is not convinced to take the vaccine.

“The shot is one thing that puts a lot of fear in me, it’s got me really spooked,” he said. “How can other vaccines take years and years to come up with – but this one comes out right away? More testing needs to be done to convince me.”