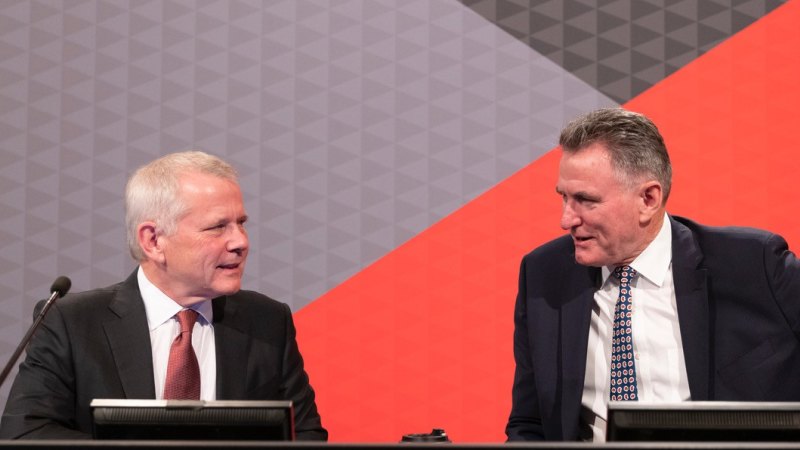 National Australia Bank chief executive Ross McEwan has said the lender is aiming to approve mortgage applications for home loans in as little as one hour, as it looks to speed up processing times to capture a bigger slice of profits from the soaring property market.

During NAB’s annual general meeting on Friday where shareholders grilled the board on culture, financial crime compliance and fossil fuel financing, Mr McEwan said two-thirds of applications for mortgages made with the bank were now approved within one day, but there was more work to do to reduce approval times even further 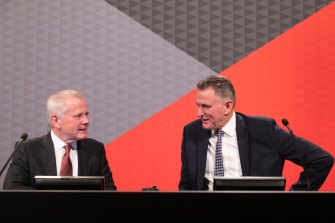 As the banking industry faces competition from fintechs and buy-now-pay-later players, the majors have scaled up investment in technology and automation to cash-in on Australia’s booming property market fuelled by cheap debt and high savings during lockdowns.

“We’ve been able to speed up unconditional approval times on home loans, to give close to two-thirds of retail network customers an answer within a day,” Mr McEwan said.

“Our priority is to better use data to make lending decisions faster and improve our customer experiences, in an increasingly digital and automated world. We want to make unconditional home loan approvals within an hour the standard for NAB customers.”

“We have not declared victory,” Mr Chronican said. “The board do not expect excessive overtime to be part of the story at NAB.”

The financial crimes watchdog, Australian Transaction Reports and Analysis Centre, revealed in June it had escalated its investigation into failures in NAB’s anti-money laundering processes to appropriately identify and monitor high-risk customers. One shareholder asked why NAB directors should receive bonuses when poor oversight put the bank at risk of breaking the law.

Mr Chronican said NAB was determined to achieve leading standards of financial crime control and had gone to “exhausting lengths” to finalise AUSTRAC’s requests. The Commonwealth Bank and Westpac have been fined $700 million and $1.3 billion respectively for money laundering scandals and while NAB is not expecting similar fines, Mr Chronican said the bank would now await the regulator’s response.

“We were concerned our anti-money laundering control environment was not at the standard we would expect or the community would expect,” Mr Chronican said. “We have now fully answered all of the questions that have been raised.”

NAB released a new climate policy in November that caps oil and gas investment at $US2.6 billion ($3.6 billion) and bans investment in greenfield exploration unless the government declares a project as critical to the nation’s energy security.

The board faced more than one hour of questioning by shareholders who accused the bank of creating “loopholes” to allow the ongoing financing of fossil fuel production. Mr Chronican defended NAB’s position, claiming coal, oil and gas made up around 1 per cent of the bank’s $1 trillion lending portfolio and the policies were designed to be realistic.

“We don’t want to embark on any form of tokenism,” Mr Chronican said. “We envision renewables can and will be able to make up 100 per cent of the energy needs of the country and therefore we should not be needing to rely on the national energy security carve-out. Even with that carve out, anything we did would still be under the cap that we’ve indicated.”