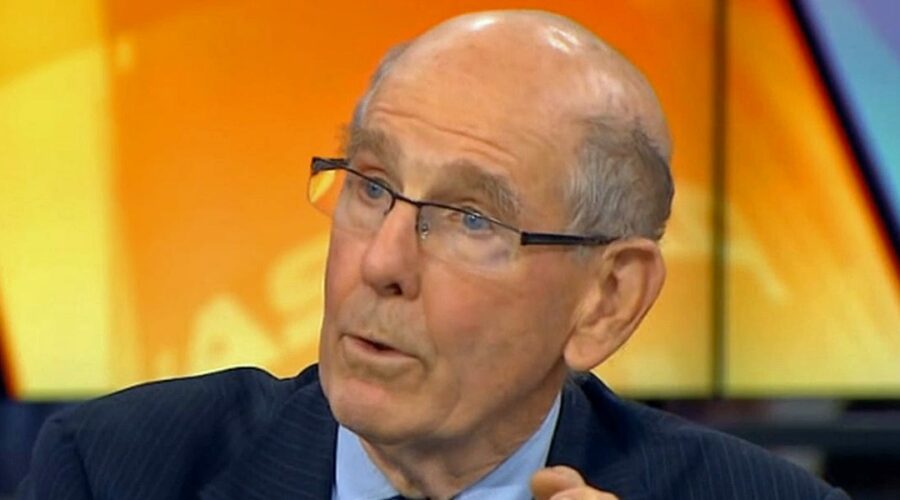 Gary Shilling warned of rampant speculation in stocks and cryptocurrencies, and predicted a painful end for those involved, in a RealVision interview released this week.

The president of A. Gary Shilling & Co — who has called several previous crashes — also accused the Federal Reserve and Treasury of pumping up asset prices, dismissed fears of higher inflation, and urged investors to resist joining the buying frenzy.

1. “The consensus view is that the economy is going to open very rapidly, inflation is going to come roaring back, and interest rates are going through the roof. That is way overdone. We are in a low-inflation, if not deflationary era.” — highlighting that China and other countries produce more than they consume, fueling a global supply glut that depresses prices.

2. “The money pumped out by the Fed and all the fiscal stimulus hasn’t gone into spending, it’s gone into savings and asset inflation. It’s really responsible for things like dogecoin and bitcoin and other cryptocurrencies, and all these speculations. It’s pushed stocks to unbelievable highs in relation to earnings, in relation to anything else, and made them very overpriced. Now, that doesn’t mean that I want to be short stocks right now, because with speculations, you never know how far they’re going to go. They leave the realm of any fundamentals, they’re off in the wild blue yonder.”

3. “There’s too much money floating around, and people don’t know what else to do with it. The Federal Reserve can’t be oblivious to what they’re doing. I know that they’re very honest public servants, but you’d almost think that these guys have a vested interest in pushing up stocks and fostering speculation. At some point, you would think that they’ve got to exercise more caution.”

4. “Until somebody blows the whistle, and that normally is the Fed, there’s no real end to this speculative climate. It just gets more and more extreme. It’s like the sock-puppet thing we saw back in the dot-com era. Absolutely no logic to the thing, but everybody’s having a wonderful time as long as it lasts.”

5. “If things start to unfold as we expect, and we get a big sell-off in equities that takes a lot of these speculations with it, we’ll have an opportunity to make some serious money.”

6. “When we got to the point that the only things that people wanted were gimmick cameras (Polaroid), motorhomes (Winnebago), and amusement parks (Disney), those are the outward flourishes, not the guts of the economy. People were rejecting the basic economy, saying there’s something wrong, or they’re into speculation. There are many similarities between then and now.” — comparing the current excitement around hot stocks with the hype that surrounded the “Nifty Fifty” stocks in the 1960s and 1970s.

7. “How could this end? One possibility is that we wake up tomorrow and find some major financial institution has bit the dust. We had this recently with Archegos, but we can have something like that on a larger scale that just touches off the collapse. You go back to the Tulipmania in Holland in the 1600s, the South Sea Bubble in England in the 1700s — they got to the point where there was a tiny trigger and wham, they all collapsed.”

8. “I’m not making any firm prediction as to when this thing is going to collapse. Speculations outrun any logic and that’s probably going to be true of this one. But at some point, boy, there’s going to be a lot of blood on the floor.”

9. “Back in the day, we all wore suits. I would buy two or three new suits a year, not because they went out of style, but because I wore them out. If that’s what commuting does to the suit, what’s it done to the guy inside the suit?” — predicting the pandemic will permanently alter work habits because many people have realized they dislike commuting.

10. “We had a wake-up call with the pandemic. It’s time to save money, to be cautious, and certainly investment-wise, to avoid speculation. It’s very hard when everybody is making money and you feel, ‘Oh, am I missing out? There’s this garage mechanic, who is no longer fixing cars because he’s making so much money in GameStop. I’m a stupid idiot, why aren’t I involved?’ Well, there are times where you really have to just pluck up your courage and say, ‘No, I don’t want to be involved.'”

28/04/2021 Markets Comments Off on Market prophet Gary Shilling predicts stocks and cryptocurrencies will crash, blasts the Fed, and warns against speculating in a new interview. Here are the 10 best quotes.
Markets