Jenny Khan found a "no-brainer" business opportunity and has been working to grow organic muesli brand The Unexpected Guest so she can give back to the community.

"I believe it’s something that Aboriginal people have done all their lives — giving all the time. Being socially conscious is a part of what we do, and being in this business space allows us to do more," she says. 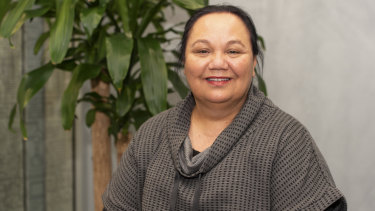 Khan, a Ngiyampaa Wailwan woman from Central West NSW, spent the past year relaunching products in preparation for national growth, having invested $100,000 in stock and business assets when buying the company.

Along the way she's been participating in an accelerator program overseen by IndigiSpace's Greg Hodgkinson.

It's a program Hodgkinson, who previously worked in consulting roles with indigenous artists to sell their work, has undertaken with early-stage investment group Investible.

Investible worked in the past with groups including the City of Sydney to run accelerators for indigenous businesses. It's now handing over its program frameworks to indigenous business leaders so they can run these projects themselves.

For Khan, who is keen to grow her business to employ other Aboriginal women, being part of the accelerator has been a valuable way to connect with other entrepreneurs.

"It’s a nice, open space where you feel like you can take risks," she says.

The Unexpected Guest is just starting to gain traction and revenue, Khan says, with partnerships including the brand's wattle seed health bars set to be distributed through BP stores.

Hodgkinson was previously based in Adelaide and has been running the Investible program for Australia's east cost from Sydney.

He's already thinking about how accelerators may work in other states and says so far he's already worked with entrepreneurs in sectors from food to healthcare.

"These are quite community-driven businesses that support the community," he says.

The accelerator runs through a business validation process which looks at 40 different parts of their business models.

"It's helping them find the passion behind what they're doing," Hodgkinson says.

In Northern and Western Australia, Cara Peek is leading the program through The Cultural Intelligence Project, a network of seven different pathways for boosting cultural intelligence and meaningful outcomes for indigenous people. 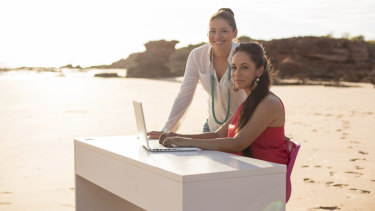 Adele and Cara Peek are involved in growing indigenous businesses in Broome and surrounds.

Peek is overseeing the accelerator at Make it Happen HQ in Broome and says she's already had interest from a range of companies.

Tech, food and consultancy businesses are springing up across Western Australia and entrepreneurs are looking for ways to bridge the challenges of physical distance when based outside of major cities, she said.

Peek says there have been a range of accelerators and projects focused on growing indigenous businesses in the past, though she notes these haven't always given those in these communities leadership of the projects.

"The big difference here is that they're willing to let us run the show… that is one of the most refreshing things," she says.

When you build indigenous businesses, you really have an impact on the broader community and a ripple effect on other people.

"When you build indigenous businesses, you really have an impact on the broader community and a ripple effect on other people. You provide safe, culturally intelligent workplaces where people feel comfortable."

Expanding the accelerator will help the angel investment outfit, which launched a $20 million venture capital fund last year, connect with entrepreneurs in regional areas and remote communities, she says.

"Australia’s next big business idea won’t necessarily come from a capital city, so it’s time to start recognising and developing under-leveraged talent pools across the country."

Khan hopes by growing her business, the ability to give back will be two-fold.

"Initially, part of giving socially is giving knowledge: sharing knowledge about how people can start their businesses and things they need to learn along the way," she says.

"For me, I also give where possible — if I’ve got products I can’t sell, I will give them to an Aboriginal preschool, or find something to give these towards."

22/09/2019 Markets Comments Off on ‘Let us run the show’: Indigenous accelerators lead the way
World News