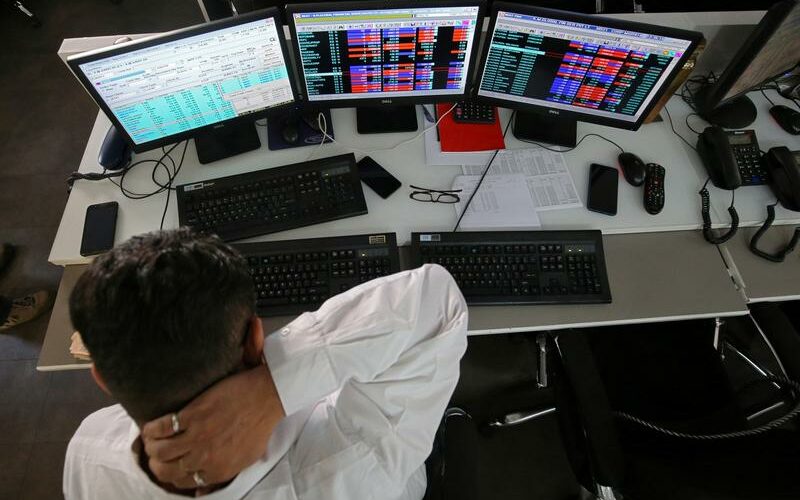 A broker reacts while trading at his computer terminal at a stock brokerage firm in Mumbai, India, December 11, 2018. REUTERS/Francis Mascarenhas/Files

BENGALURU (Reuters) – Indian shares edged higher on Wednesday in volatile trading, as financials helped offset a fall in auto stocks, while investors parsed through some corporate earnings that trickled in and awaited news about a cabinet reshuffle.

While fears of an impending third wave of COVID-19 have been flagged by experts, with the country’s health officials at a press briefing on Tuesday expressing concerns over pictures of tourists flocking to hill stations, some first-quarter earnings have shown promise.

Real estate firm Sobha Ltd rose 8% after it reported a higher total sales value for the first quarter. The construction company expects normalcy to be restored by the second half of FY2021-22.

Globally, Asian shares slumped as a bout of risk aversion boosted bonds and the dollar, while investors braced for minutes from the Federal Reserve’s last meeting which should underline a hawkish turn in U.S. monetary policy.

However, India’s foreign minister said that the country will witness strong economic recovery, coming out of second wave of COVID-19.