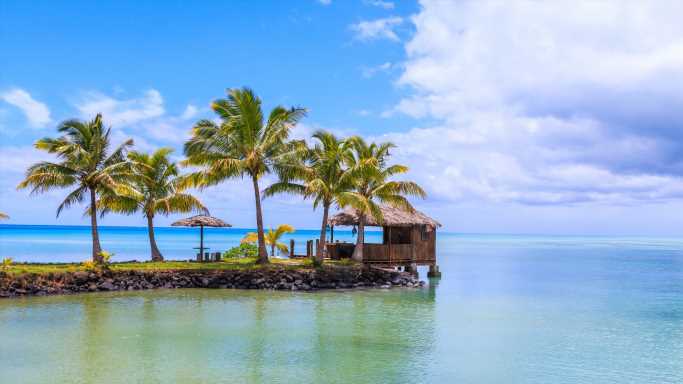 Record high temperatures have killed dozens of people across the American northwest. The mercury rose above 110 degrees Fahrenheit in some places, scorched large areas and helped the spread of wildfires. Drought in the southwestern United States has been accompanied by record high temperatures. In Phoenix, daily temperatures topped 110 degrees. However, none of these areas comes close to topping the place in the world with the highest temperature on Friday. It was 127 degrees in Lufilufi, Samoa.

Samoa, officially known as the Independent State of Samoa, is made up of a number of islands. They sit in the Pacific Ocean, well northeast of New Zealand. The two largest are Savai’i and Upolu. Lufilufi is located on the north coast of Upolu.

According to The CIA World Factbook, Samoa has a population of 204,898. Tourism, agriculture and fishing are the primary sources of gross domestic product. The factbook reports:

The country is vulnerable to devastating storms. In September 2009, an earthquake and the resulting tsunami severely damaged Samoa and nearby American Samoa, disrupting transportation and power generation, and resulting in about 200 deaths. In December 2012, extensive flooding and wind damage from Tropical Cyclone Evan killed four people, displaced over 6,000, and damaged or destroyed an estimated 1,500 homes on Samoa’s Upolu Island.

Click here to read about the worst hurricane in history.