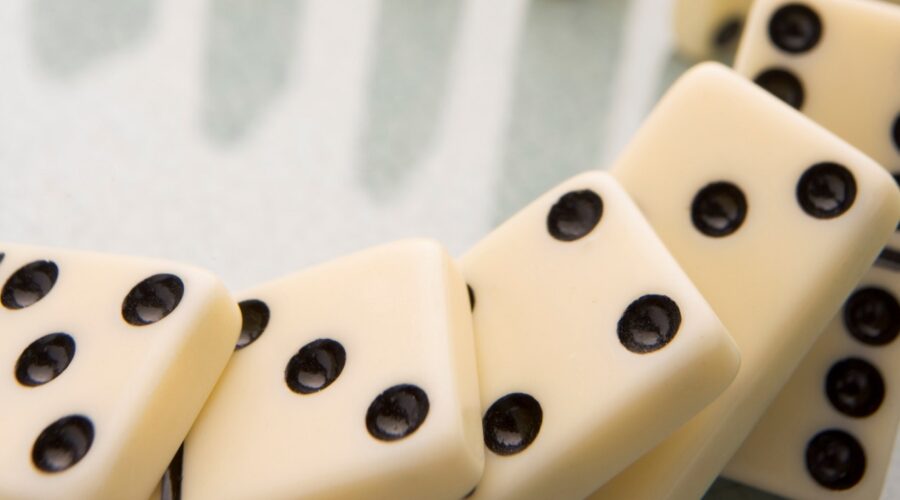 Since the lows in March of 2020, the stock market has doubled. Think about that for a moment. The S&P 500 closed at 2,237 on March 23 of that year and closed Wednesday at 4,363, an incredible gain of more than 95% in 18 months. Numerous reasons have been cited, including the incredibly loose monetary policy that has been in place for years but went nuclear when the COVID-19 showed up in the winter of 2020. Toss in Reddit’s WallStreetBets crowd, which had government handouts to trade with while locked at home, and you had all the ingredients for the proverbial melt-up.

The truly scary situation for investors is the recent 5% correction (which was the first in almost a year) once again brought out the buy-the-dip crowd, so it wasn’t a cleansing, shake out of the weak holders event. The sword of Damocles hanging over the market includes rising interest rates, Federal Reserve tapering due to begin soon, big increases in energy costs, ongoing supply chain issues, stagflation worries and Wall Street analysts that are not nearly as positive on the upcoming earnings seasons as they were for the second quarter. Add the debt ceiling and China worries, and the cauldron continues to simmer.

The difficult question for investors is what to do now? We have warned for the past couple of months that stock prices were very overextended. While all the ingredients are there to keep wind in the rally’s sails, it makes sense for more conservative investors to pivot to a safer stance.

Top Wall Street strategists like Barry Bannister at Stifel remain very concerned and feel that defensive positions are the best place to be now. While Bannister was targeting a big 10% 15% sell-off later in the year, one may well be underway now. Bannister has cited slowing liquidity, the potential for a continued drag on the economy from the COVID-19 variants and a host of additional negatives, like the ones we mentioned above. It makes sense to take some precautions right now and make some moves before all of the bids dry up, like they did back in 2020 in the first quarter.

Take profits and raise cash positions, especially on high-flying momentum stocks. These often included technology, biotechnology and similar areas. The FAANG stocks are emblematic of this silo. During big sell-offs, these stocks are the biggest casualties, because institutional accounts often have the biggest gains, and while they will not sell all their shares, they could easily dump a large position, especially if they face redemptions. When taking profits, see if there are stocks in your portfolio that are down that could be replaced with better ideas, or rebought after 30 days to avoid a wash-sale rule penalty.

ALSO READ: 4 Big Dividend Energy Stocks to Load Up on as Oil Closes In on $80

08/10/2021 Markets Comments Off on Huge Market Swings Could Mean a Sharp Sell-Off Is Coming: What to Do Now
Markets