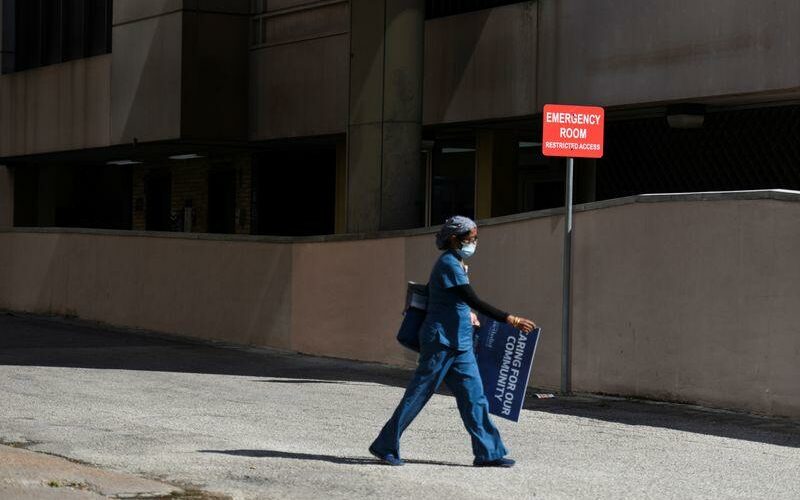 (Reuters) – A group of 117 healthcare workers at a Texas hospital filed a lawsuit in state court against their employer’s mandate requiring all staff to get COVID-19 vaccinations, Washington Post reported on Saturday.

Employees of Houston Methodist Hospital said in the lawsuit that their employer’s compulsory immunization requirement violated the Nuremberg Code, a set of standards designed after World War Two to prevent experimentation on human subjects without their consent, the Post reported.

They also said the hospital presented them with the choice of either getting a vaccine or losing their job, which violated state law, and asked the court to bar Houston Medical from firing unvaccinated staffers, the report said.

The report comes a day after the country’s Equal Employment Opportunity Commission (EEOC) said companies could mandate that employees in a workplace must be vaccinated against COVID-19, amid a shortfall in demand for inoculations due to factors including ambivalence or skepticism about the vaccines.

Public health officials have been forced to try new strategies to persuade people to get the shots, with efforts that range from creative gimmicks to grassroots outreach resembling get-out-the-vote drives.

However, the vast majority of employers have been reluctant to require workers to be vaccinated. A survey by management-side law firm Fisher Phillips earlier this year found that only 9% of the more than 700 employers surveyed said they were considering mandating vaccines.