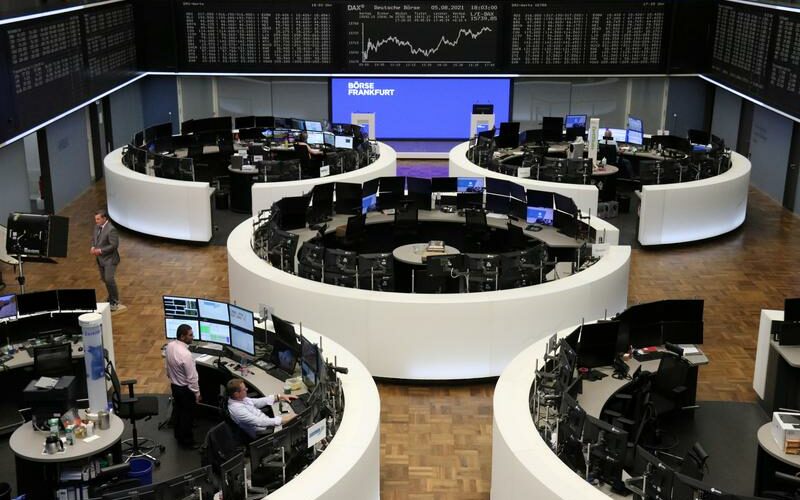 (Reuters) -European stocks fell slightly on Friday ahead of a key U.S. jobs report, but were set for their best week since May as investors grew confident in the region’s economic recovery and corporate earnings growth.

The pan-regional STOXX 600 index inched down 0.2% in morning trading after four straight sessions of gains that took it to record highs. The benchmark was on course for a 1.6% weekly gain.

Investors will be closely watching the U.S. employment data for July due later in the day for clues on when and how the Federal Reserve would start unwinding its massive asset purchase programme.

“We don’t see an immediate cause for concern in the Fed’s efforts to prime the market for an eventual tightening,” Mark Haefele, chief investment officer at UBS Global Wealth Management, said in a note.

“We believe that the equity rally can continue and expect greater gains in cyclical and value sectors, including energy and financials.”

The earnings season has been a bright spot though. Of the two-thirds of the STOXX 600 companies that have reported so far, 67% have topped profit estimates, according to Refinitiv IBES data. That is much above the 51% beat-rate in a typical quarter.

German insurer Allianz rose 2.3% after it posted a better-than-expected jump in second-quarter net profit and provided a rosier outlook for the full year.

London Stock Exchange Group added 3.5% after it reported a 4.6% rise in revenue for the first half of 2021.

Italian lender Banco BPM jumped 3.3% after it swung to a profit in the second quarter, helped by one-off tax benefits and higher revenues.

Among notable decliners, German meal-kit delivery company HelloFresh tumbled 4.3% after it lowered its 2021 profitability forecast as a result of higher spending to tap into strong growth.