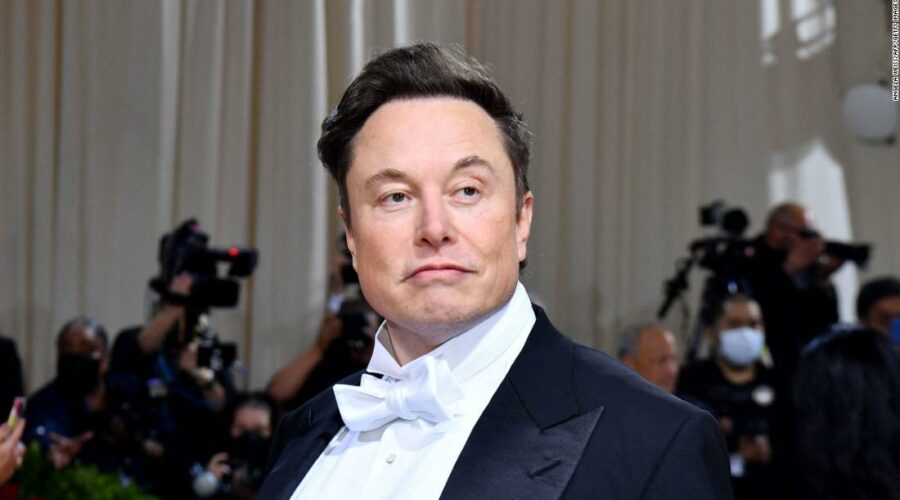 The S&P 500 was 14% higher and had yet to enter a bear market. The war in Ukraine and inflation concerns had pushed investors into selling mode, but sentiment hadn’t collapsed. And Tesla, the electric carmaker that’s the main source of Musk’s wealth, was about to announce record profits.
Wall Street and Corporate America’s mood has changed since then. US stocks just closed out their worst start to the year since 1970. Tesla has started laying off workers after Musk indicated he had a “super bad feeling” about the economy. The second half of the year looks uncertain at best.

In this climate, Musk’s offer to pay $44 billion for Twitter, scooping up the shares he doesn’t own for $54.20 a piece, seems way too high — and now, unsurprisingly, he wants out.

“The market dramatically changed since April,” Daniel Ives, a strategist at Wedbush Securities, told me.

Musk took steps late on Friday to terminate his deal to buy Twitter, claiming the company is “in material breach of multiple provisions” of the original agreement.
For weeks, Musk has expressed concerns, without any apparent evidence, that there are a greater number of bots and spam accounts on the platform than Twitter has said publicly. Analysts speculated that the fight was an attempt to create a pretext to get out of a deal that now appeared overpriced.

Musk’s offer represented a 54% premium over Twitter’s price before Musk started building up his stake in late January, and a 38% premium before his holdings were revealed in April.
At the beginning of July, Twitter shares were trading at just $38.23, down almost 12% since the start of the year and nearly 30% below Musk’s offer price.
On the radar: Twitter shares would probably be doing way worse if Musk hadn’t made his play. Investors have been ditching fast-growing tech stocks — which are less attractive when interest rates are rising — and social media companies have been hit hard.
Facebook’s Meta has seen its shares plunge almost 50% year-to-date. Snapchat is 68% lower.
Then there’s Tesla (TSLA) stock, which Musk was planning to rely on in part to finance the deal. It’s also declined sharply, plummeting 30% since the beginning of April.
“The Twitter fiasco had a major overhang on Tesla’s stock and that is Musk’s golden child,” Ives said.
Musk isn’t calling his fickleness buyer’s remorse. But Ives think it’s clear that was a major factor.
What happens next: The stage is set for a lengthy and dramatic legal battle. Twitter has said it intends to force Musk to close the sale — and it’s not hard to see why. Twitter’s stock is down more than 5% in premarket trading on Monday. With the takeover tied up in court, Ives thinks it could drop another 30% to $25.

Chinese stocks fell on Monday as the threat of new Covid restrictions and a renewed regulatory offensive against big tech companies sapped investor confidence.
The latest: Casinos in the gambling hub of Macao were ordered to close for the first time since February 2020 because of a Covid outbreak, sending shares of their operating companies plunging, my CNN Business colleague Laura He reports. Fears of new lockdowns in Shanghai also undermined the broader China market. 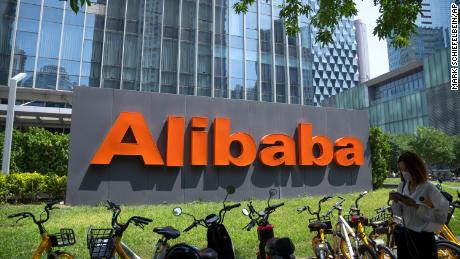 Adding to the downbeat mood, China’s tech stocks plunged after the country’s antitrust regulator imposed fresh fines on a batch of A-list companies, sparking fears that Beijing doesn’t plan to go easier on the country’s embattled internet giants.
Top government officials had recently signaled relief from President Xi Jinping’s bruising tech crackdown and pledged support for the internet sector. The change in rhetoric fueled hopes that Beijing would support private businesses as it tries to shore up the country’s economy.
But on Sunday, the State Administration for Market Regulation said it issued fines to technology companies including Tencent, Alibaba and Lenovo, claiming they had failed to properly report merger and acquisition activity.
Shares of Alibaba sank 6% in Hong Kong on Monday. Tencent tumbled 3%. The Hang Seng Tech Index was down about 4%.
My thought bubble: There was a resurgence in enthusiasm for Chinese stocks last month as investors bet that the worst of Covid restrictions had passed and sought to take advantage of attractive prices.
The Institute of International Finance reported $9.1 billion in inflows to Chinese stocks in June. Emerging markets excluding China experienced $19.6 billion in outflows as recession anxiety dominated.
But assuming that Xi’s policy of eliminating Covid transmission was over was always going to be a risky gamble. So was predicting the government’s frosty relationship with the private sector had thawed.

Will a crucial Russian gas pipeline ever come back online?

Since the West hit Russia with bruising sanctions following its invasion of Ukraine, a frightening question has loomed: What if Russia turns off gas to Europe, a nightmare scenario that would place huge strain on the region’s economy?
That possibility is the subject of fresh hand-wringing as maintenance of the Nord Stream 1 pipeline from Russia to Germany begins on Monday. Officials and market watchers have expressed concerns about whether gas flows will restart once the repair period concludes in 10 days.
“While this used to be a routine procedure that hardly attracted any attention, it is feared this time that Russia will not resume gas shipments afterwards,” Commerzbank analysts said in a note to clients.
Remember: Last month, Germany — Europe’s biggest economy — said it was “in a gas crisis” after Gazprom, Russia’s state gas company, slashed flows through the Nord Stream 1 pipeline by 60%. Gazprom blamed the move on the West’s decision to withhold vital turbines because of sanctions, but it was seen by politicians in Europe as a shot across the bow.
“Anything can happen. It could be that the gas flows again, even more than before. It could be that nothing will come at all,” Robert Habeck, Germany’s economy minister, said Sunday. “We honestly always have to prepare for the worst and work a little bit for the best.”
Europe is racing to wean itself off Russian energy, but reducing reliance on gas is particularly tough. The region received 45% of its natural gas imports from Russia last year, and it’s currently rushing to refill storage facilities ahead of winter.
Benchmark natural gas prices in Europe rose to their highest level since March last week. They could continue to climb in the coming days, intensifying pressure on governments to develop contingency plans.
“Concerns are likely to push the gas price up further until it becomes clear what will happen with gas supplies once the maintenance work has been completed,” Commerzbank said.