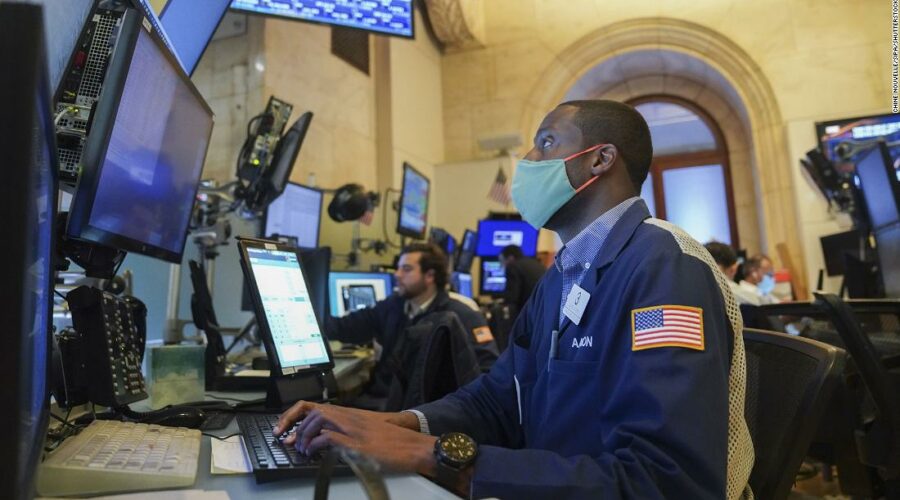 New York (CNN Business)The Delta variant. Inflation. The Fed tapering its stimulus. The mess in Afghanistan. There are a lot of things for investors to be nervous about these days.

It shouldn’t come as a huge surprise that the CNN Business Fear & Greed Index, which measures seven gauges of investor sentiment, is showing signs of Fear in the market. It actually was an Extreme Fear territory Friday.
Still, stocks remain near all-time highs. The S&P 500 was rallying for the third-straight day Monday and is now up nearly 20% in 2021. What gives?

Another powerful fear factor is lifting stocks: The fear of missing out on this seemingly never-ending rally.

Corporate earnings for the second quarter were exceedingly strong. Although profit growth is expected to cool a bit in the second half of the year and in 2022, earnings increases are still likely to be fairly solid for the foreseeable future.

Investors also have little choice but to keep buying stocks because other assets simply don’t seem attractive.
Bond yields have risen modestly as of late but the yield on the 10-year US Treasury is still hovering around 1.27%. They were around 1.8% at the start of 2020 before the pandemic shut down the US economy, Conservative investors, therefore, need to search elsewhere for higher yields.
“There are ridiculously low yields on bonds. How do retirees and pension funds manage that?” said Eric Diton, president and managing director of The Wealth Alliance in an interview with CNN Business. “They have to shift to stocks. I’d rather own big dividend payers like Pfizer of Verizon.”
Pfizer (PFE) pays a dividend that yields 3.2% while Verizon’s (VZ) dividend yields 4.5%.
Gold prices have fallen in 2021 as investors bet on the Fed beginning to taper its asset purchase plan later this year or early next year and possibly raise rates as soon as late 2022.

Fed not likely to upset the markets that much anytime soon

But there is no guarantee that the Fed is going to hastily make changes to policy.
Questions about whether more stimulus will be coming from Washington and concerns about how quickly Congress will act to raise the debt ceiling that allows the government to borrow more money could keep the Fed on the sidelines for even longer, which should also support stocks.
“The Fed would prefer to know the stance of fiscal policy before committing to a direction for monetary policy,” said David Kelly, chief global strategist with JPMorgan Funds, in a report Monday. 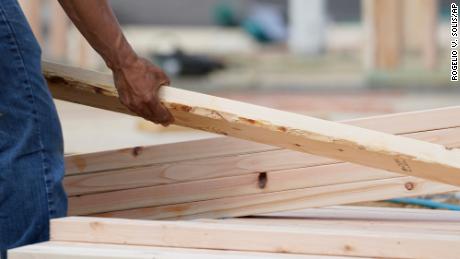 “The longer negotiations continue, the greater is the risk that something goes wrong with the political calculus and the Fed would prefer to be past this uncertainty before commencing tightening,” Kelly added.
The research team at Principal Global Investors argues that the Fed will likely remain on hold until the beginning of next year too.
“Investors shouldn’t expect the Federal Reserve to alter their plans to begin easing policy, and we reiterate the view that the Fed will likely begin tapering in early 2022,” the Principal analysts wrote in a report Monday.
They added that “investors shouldn’t worry that runaway inflation will derail the positive trajectory” for riskier assets like tech stocks and other high-growth sectors.

Several strategists aren’t terribly concerned about the Delta variant having a major impact on the economy or earnings either. With millions of Americans vaccinated, the chances of businesses imposing stringent lockdowns like they did in the spring of 2020 seems remote.
“Expect a moderation but not a halt in the recovery as the government and consumers adjust to the rise of the Delta variant,” said Glenmede strategists Jason Pride and Michael Reynolds in a report Monday morning.
Business leaders remain fairy upbeat too, which bodes well for stocks.

According to a survey of corporate executives, business owners and private equity investors released by investment firm Stifel Monday, many companies are still planning to raise cash for mergers and other strategic initiatives in the foreseeable future.
“There’s a general sense of optimism following a long period of Covid-induced disruption,” said Michael Kollender, managing director with Stifel, in the report. But he added that companies must adapt to a rapidly changing economy, with labor shortages and tax reform as two key challenges.
Source: Read Full Article

23/08/2021 Markets Comments Off on Economist: 'No recession in sight,' but pullback is coming
Markets