FOX Business’ Edward Lawrence on the questions raised over the timing of China’s cryptocurrency announcement.

China may not seem like a supporter of cryptocurrencies, based on moves its financial community made this week, however it does back the emerging monetary form — but that support is limited to its own efforts.

On Wednesday the China Internet Finance Association, the China Banking Association, and the China Payment and Clearing Association jointly issued what it called a "risk warning," according to the state-owned China Times.  "Prices of cryptocurrency have skyrocketed and plummeted recently, and speculative trading has bounced back. This seriously harms the safety of people's property and disturbs normal economic and financial orders," said the statement from regulators which are overseen by the People's Bank of China and the China Insurance and Banking Commission.

While the move echoed previous announcements, it made clear in no uncertain terms that financial institutions and payment companies should not participate in any cryptocurrency-related transactions or services. The comments helped send the price of Bitcoin plummeting to its lowest price since January – $30,066,–  before recovering Thursday at around $41,000.

US, CHINA AND THE RACE FOR DIGITAL CURRENCY

Despite the People's Bank of China (PBOC) as well as its agencies' public concerns about the "safety of people's property" many monetary experts see self-interest as the driver behind the statements.

"Whether or not this announcement from Chinese authorities, which reiterated bans from 2013 and 2017, was the cause of the decline in Bitcoin prices this week is unclear. But, what is clear is that China would rather have its citizens use its state-controlled financial systems rather than open, permission-less ones like Bitcoin and the variety of decentralized applications built on Ethereum," said Tyler Whirty, founder of HODLpac and venture investor at the DC-based Takoma Group.

This is not the first time China has attempted to prop up its digital yuan. The project – which began in 2014 – has enabled the authoritarian state and U.S. rival to be at the global forefront in the introduction of a national digital currency. 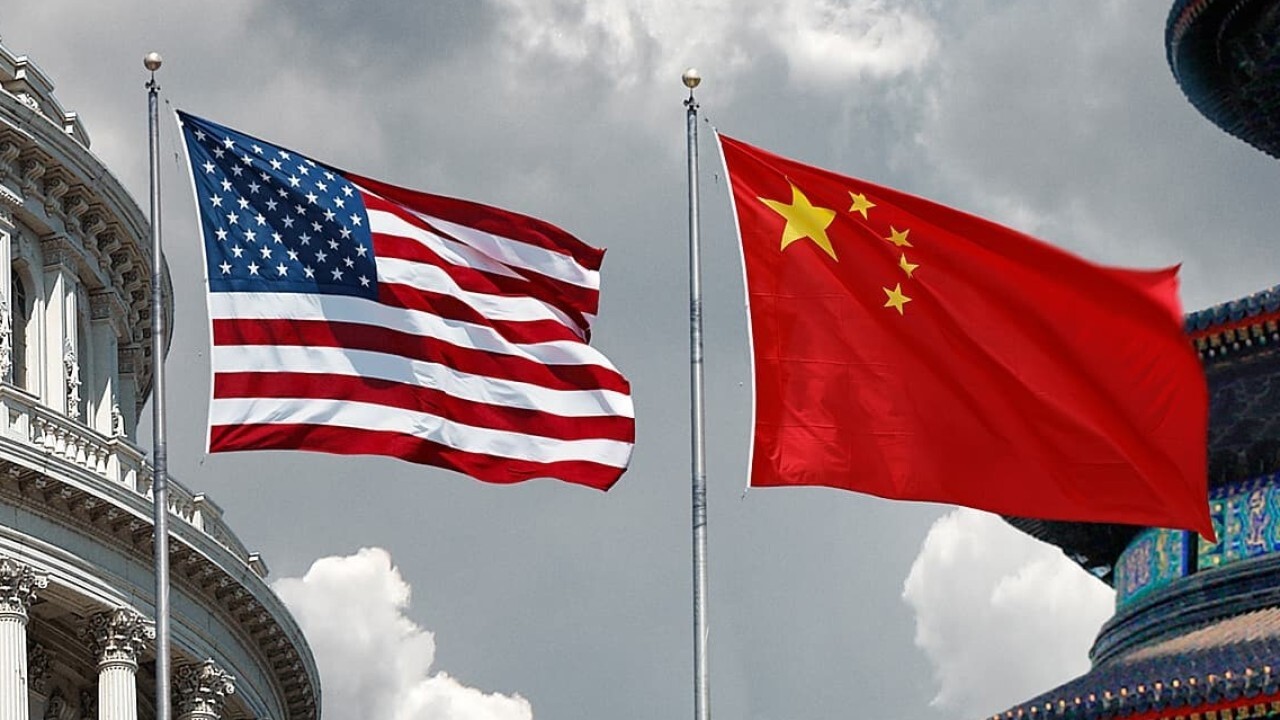 China creating digital currency will give them ability to ‘move around US sanctions’: Atlas Organization founder

China – which already serves as one of the world leaders in cashless payments – will effectively use the currency to serve as a way for the PBOC to digitalize banknotes and coins in circulation.

Now, China is running real-world trials with more than 100,000 participants receiving millions of dollars worth in government handouts from downloading a mobile phone app designed by the central bank and enabling them to spend the digital cash with various merchants according to the Wall Street Journal.

However, the project does not come without its detractors, who have raised concerns about the use of a national digital currency allowing authorities to spy on users' every activity.

As the WSJ reported last month, the money is programmable and Beijing has tested "expiration dates" on the currency to encourage users to spend quickly when the economy needs a quick boost.

In addition, the money is also trackable, which would add another dimension to China's preexisting, all-seeing surveillance measures. Through this, a digital currency could combine with the "government's hundreds of millions of facial-recognition cameras to monitor its population, sometimes using them to levy fines for activities such as jaywalking. A digital currency would make it possible to both mete out and collect fines as soon as an infraction was detected," the WSJ reported.

Experts warn that China has a desire to track its users but to also be weary that cryptocurrency, in general, isn't as secure as some believe.

"Certainly part of China's interest in there is being able to surveil the currency, there is no question that is part of the interest," said Dr. James Royal, author of The Zen of Thrift Conversions.

"But the ability for cryptocurrencies to be [untracked] I think is really overstated. A lot of the purported utopian dream of cryptocurrency is that this is untrackable by states and nations and [this is] really overstated. The lawyers I have spoken with have said, ‘hey look, the IRS and FBI are getting much better about being able to track this stuff'. While that part of the dream here is uncontrollable, the reality is much different than the people I have spoken with," Dr. Royal remarked.

Furthermore, experts have noted that the digital yuan will allow China to weaken the power of American sanctions.

In a high-level December 2019 war game at Harvard University, a situation involved rival North Korea developing a nuclear missile secretly funded by the digital yuan, all while bypassing U.S. sanctions and the global banking system.

After the game, many expressed concern, including longtime American diplomat and former Ambassador to NATO Nicholas Burns, who remarked, "The Chinese have created a problem for us by taking away our sanctions leverage."

The Biden administration has been slow to confront the issue in the wake of last month's report that they were stepping up scrutiny of China's plans for the digital currency. There reportedly was concern in the administration that the move could begin an effort to compete with the dollar.

However, administration officials were "reassured" that China's intentions in developing the currency weren't to evade future American sanctions.