It also marks another big week in the U.S. space race as Blue Origin founder Jeff Bezos is set to blast off on Tuesday as part of the aerospace company's first crewed flight.

In addition, it will be a big week for Elon Musk and Bitcoin as he joins Twitter CEO Jack Dorsey for a discussion about the world's largest cryptocurrency. Musk will also head back to court for the second week of his Tesla-SolarCity trial.

AutoNation, IBM and JB Hunt will be among the big names kicking off the week for earnings. As for economic data, investors will be watching the National Association of Home Builders housing market index.

In addition, Builders FirstSource will transfer the listing of its common stock from the Nasdaq to the New York Stock Exchange. The company will remain trading under the ticker symbol BLDR.

"With the merger of Builders FirstSource and BMC creating the nation’s premier supplier of building materials and services, we felt it was important for our Company to be listed on the NYSE, which is the preferred exchange for our industry," Builders FirstSource president and CEO Dave Flitman said in a statement. "The NYSE has a long and established history of listing some of the most respected brands in the world, and as we continue to grow our business, we are excited to be affiliated with this flagship institution."

"His Majesty’s visit will highlight the enduring and strategic partnership between the United States and Jordan, a key security partner and ally of the United States," the White House said in a statement. "It will be an opportunity to discuss the many challenges facing the Middle East and showcase Jordan’s leadership role in promoting peace and stability in the region. President Biden looks forward to working with His Majesty to strengthen bilateral cooperation on multiple political, security, and economic issues, including the promotion of economic opportunities that will be vital for a bright future in Jordan."

Meanwhile, across the pond, the United Kingdom is lifting its COVID-19 restrictions. JPMorgan Chase, Goldman Sachs and Deutsche Bank employees in the U.K. are all set to return to the office.

Another stock to watch Monday will be Allegheny Technologies, which recently ratified a new four-year labor agreement with the United Steelworkers union, offering a competitive wages and benefits package covering approximately 1,300 employees through Feb. 28, 2025, and ending a worker strike that began on March 30.

"This contract achieves the objectives we shared from the beginning," ATI's executive vice president of advanced alloys & solutions and high-performance materials & components Kim Fields said in a statement. "It rewards our employees for the important contributions they make to ATI's overall success, with wage increases and continued excellent, affordable health care. At the same time, it secures the controls we need to reduce our exposure to health care cost inflation, which is critical for the long-term viability of ATI's Specialty Rolled Products business."

Tuesday will mark a busy day with earnings from big names, including Chipotle, Netflix, Citizens Financial Group, Halliburton and Sleep Number. Building permits and housing starts are also on the docket for economic data.

NVIDIA will also be the stock of the day as the company begins trading under its newly split shares. Each NVIDIA stockholder of record as of the close of business on June 21 will receive a dividend of three additional shares of common stock for every share held on the record date.

Bezos is also set to blast off to sub-orbital space on the aerospace company's first crewed spaceflight aboard its New Shepard rocket. Joining Bezos on board will be his brother Mark, 82-year-old female aerospace pioneer Mary Wallace Funk, and the company's first paying customer and youngest person to travel to space, 18-year-old Oliver Daemen. 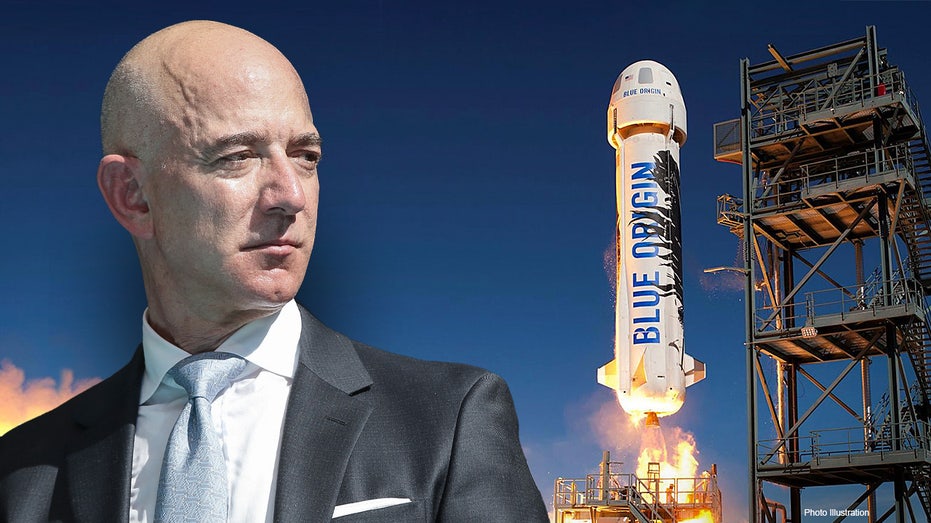 The flight, which is scheduled to lift off at 8 a.m. CDT, will travel above the Kármán Line, an imaginary boundary between Earth's atmosphere and outer space, to an altitude of more than 340,000 feet. The mission marks New Shepard's 16th consecutive launch above the Kármán Line and comes on the 52nd anniversary of the Apollo 11 moon landing.

Bezos' flight follows the success of Virgin Galactic's Unity 22 mission earlier this month, which sent two pilots, three mission specialists and company founder Richard Branson to the edge of space and back. 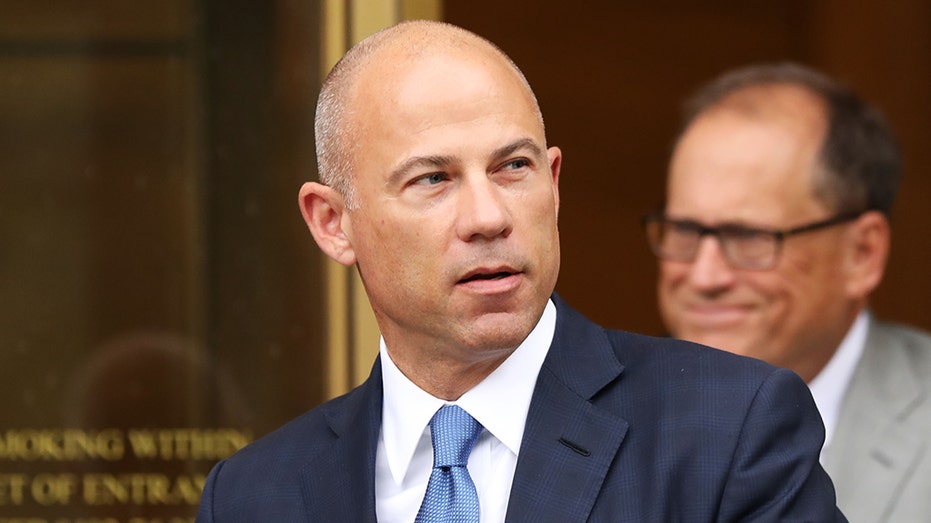 NEW YORK, NEW YORK – JULY 23: Celebrity attorney Michael Avenatti walks out of a New York court house after a hearing in a case where he is accused of stealing $300,000 from a former client, adult-film actress Stormy Daniels on July 23, 2019 in New Y

Michael Avenatti will also be in the hot seat on Thursday when a trial kicks off in California court. Avenatti is accused of stealing nearly $10 million from five clients.

Avenatti was convicted earlier this month on charges that he tried to extort up to $25 million from Nike.

Other notable events on Thursday include a vote by Gores Group shareholders on a SPAC merger with spatial data company Matterport, a virtual environmental, social, and governance (ESG) event held by Alliant Energy and the deadline for Chinese technology firm Alibaba Group and others to submit bids for a stake in Unisplendour.

Also on Wednesday, AstraZeneca is expected to close its $39 billion purchase of Alexion Pharmaceuticals to bolster its positions in immunology and rare diseases.

It will also be a big day for Bitcoin as Musk and Dorsey are set to square off at "The B Word" event, which aims to encourage companies and institutional investors to adopt the world's largest cryptocurrency. Musk has contributed to Bitcoin's wild ride over the past year, with it now trading at $31,355 per coin, according to Coindesk, well off its record high of $64,829 per coin.

Meanwhile, in the world of politics, Biden will hold a CNN town hall in Cincinnati which will focus on issues ranging from COVID-19 to the economy.

Shareholders are also set to vote on a SPAC merger between Lucid Motors and Churchill Capital Corp IV which would see the electric vehicle maker go public at a valuation of $11.75 billion.

As for economic data, investors will be paying close attention to the national activity index, existing home sales, the index of leading economic indicators and the latest data from weekly initial and continuing jobless claims.

Walmart's Collector Con will also kick off on Thursday. The event, which runs through July 25, will offer exclusive collectibles from top brands, including Star Wars, Marvel, D.C. Multiverse, Transformers, Ghostbusters and many more.

Major names wrapping up the week for earnings will be American Express, Honeywell and Kimberly-Clark.

Musk's Tesla-SolarCity trial is also expected to wrap up. He is accused in a class-action shareholder lawsuit of pressuring the electric vehicle maker's board to approve a $2.6 billion acquisition of residential solar installer SolarCity in 2016. Plaintiffs argue the transaction was rife with conflicts of interest and failed to produce the profits Musk had promised.

Established under the American Rescue Plan of 2021, the program will offer small businesses, with a focus on those owned by socially and economically disadvantaged individuals, women and veterans, grants ranging from $1 million to $5 million for a two-year performance period that is expected to begin in September.

The program will also deploy community advocates to work with small businesses during recovery and establish a network to connect small business owners with critical resources. Additional information on the program can be found here.