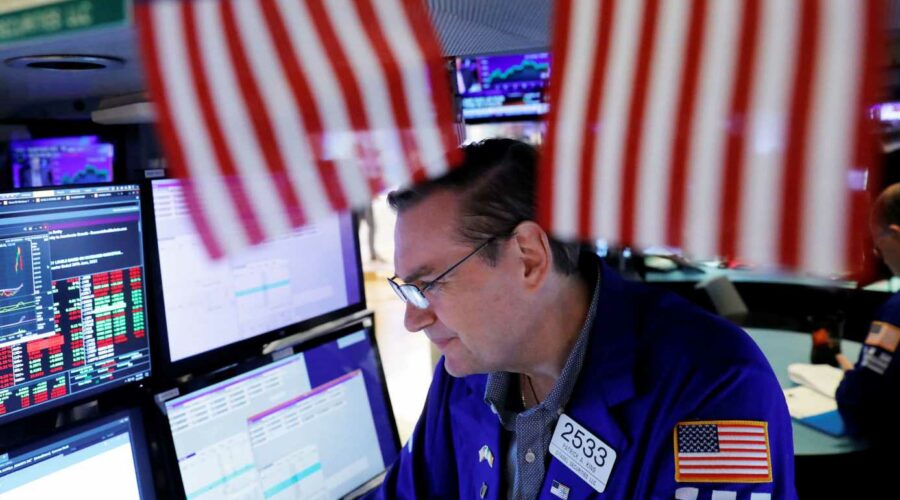 U.S. stock futures were relatively flat Wednesday, one day after the S&P 500 broke a two-session losing streak and closed at a record high as broad market strength outweighed the travel stocks held back by Covid fears. The Dow Jones Industrial Average also rose for the first time in three sessions and finished fractionally shy of last week's record close. The Nasdaq advanced Tuesday and ended about 0.5% away from last week's record close.

The 10-year Treasury yield ticked higher Wednesday to around 1.18% ahead of the before-the-bell release of the ADP's July private-sector employment report. Economists expect job growth of 653,000 positions at U.S. companies. The ADP report serves as a walk-up to the more closely watched nonfarm payrolls count that the Labor Department releases Friday.

Shares of Robinhood jumped 13% in the premarket after surging more than 24% on Wednesday, blowing past last week's $38 initial public offering price. The wildly popular stock trading app fell 8% in its debut last Thursday. It crept higher Friday and Monday before rocketing higher Tuesday to $46.80 per share. Robinhood appears to be garnering attention from retail investors, after giving roughly a quarter of its IPO shares to its own clients. It's a "top traded stock" on Fidelity, which is generally a good proxy for individual investor interest.

General Motors on Wednesday reported second-quarter earnings of $1.97 per share. CNBC's Phil LeBeau reported that it's unclear whether analyst estimates of $2.23 per share accounted for $1.3 billion of warranty costs. Revenue of $34.17 billion handily beat estimates. GM upped its full-year guidance. In June, GM projected better-than-expected results in the second quarter despite the industrywide impact of the shortage, which also is causing record vehicle pricing and profits. Shares of GM were little changed in Wednesday's premarket.

CVS Health on Wednesday reported second-quarter earnings and revenue that beat expectations. The pharmacy chain raised its forecast for the year as spiking Covid cases in the U.S. due to the delta variant reenergize the nation's vaccination campaign efforts. CVS earned $2.42 per share on an 11% revenue jump to $72.62 billion. Shares were steady in the premarket.

The FDA has moved up its timetable to fully approve Pfizer's Covid vaccine, according to The New York Times. The sources who spoke to the Times said the U.S. regulator's unofficial deadline is Labor Day or sooner. White House chief medical advisor Dr. Anthony Fauci told CNN on Tuesday evening, "I do hope it's going to be within the next couple of weeks." Pfizer's two-shot vaccine is currently cleared for use in the U.S. on an emergency basis.

The CDC issued a new federal eviction moratorium. The ban, announced Tuesday, will be targeted at areas of the country experiencing high levels of coronavirus infections. It will last for 60 days until Oct. 3. The protection could cover around 90% of renters. The CDC's original eviction ban, which had been in effect since September 2020, expired at the end of last month.

Treasury Secretary Janet Yellen will warn Wednesday that enacting President Joe Biden's economic agenda is critical to maintaining America's status as the world's superpower, according to a copy of her remarks obtained by CNBC. Yellen, who preceded Jerome Powell as Fed chief, will deliver the address in Atlanta as part of a White House messaging blitz designed to rally the public behind the trillion-dollar bipartisan infrastructure bill and Democrats' even bigger $3.5 trillion spending plan.