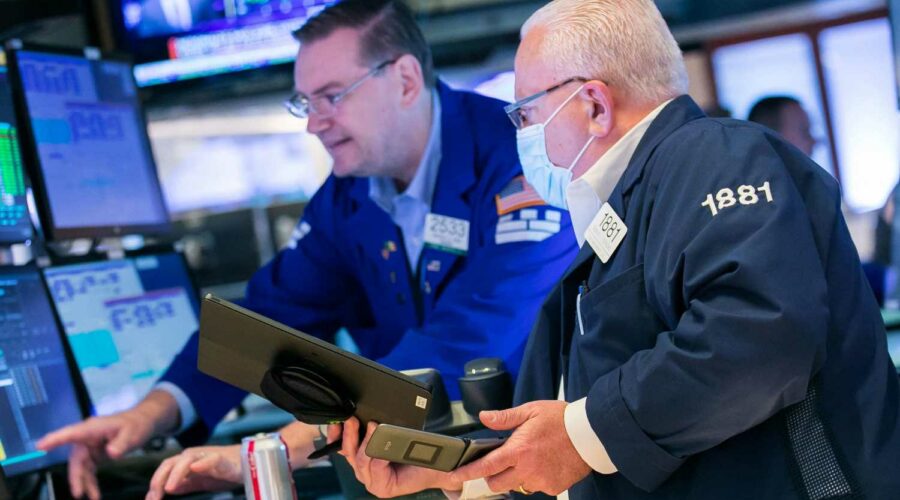 1. Wall Street set to open steady after another S&P 500 record

U.S. stock futures were flat Monday after the S&P 500 eked out another record close Friday. The S&P 500 rose 0.4% for the week, notching a three-week winning streak. The Nasdaq's gain Friday put the tech-heavy index less than 0.5% away from its record close in late April. The Nasdaq soared nearly 1.9% for the week, logging its fourth straight weekly gain. The Dow's slight advance Friday inched the 30-stock average less than 1% closer to last month's record closed. However, the Dow dropped 0.8%, breaking a two-week winning streak.

The 10-year Treasury yield was steady early Monday, firmly below 1.5%, ahead of Federal Reserve's June meeting on Tuesday and Wednesday. Inflation will be front and center on investors' minds after last week's hotter-than-expected consumer price index reading for May. Thus far, the Fed has been promising to keep its extraordinary Covid-era easy money measures in place — massive asset buying and near zero interest rates — claiming any price pressures will be transitory.

Biotech firm Novavax said Monday its Covid vaccine was shown to be safe and 90.4% effective overall in a phase three clinical trial of nearly 30,000 participants across the U.S. and Mexico. Additionally, the two-dose vaccine was found to be 100% effective in preventing moderate and severe disease and 93% effective against some variants. Novavax plans to file for authorization with the Food and Drug Administration in the third quarter. If allowed for emergency use, it would join shots from Pfizer, Moderna and Johnson & Johnson that already received U.S. approval. Shares of Novavax rose 5% in premarket trading.

4. Biden to attend NATO summit after G-7 gathering, ahead of Putin meeting

President Joe Biden on Monday is set to attend a NATO summit in the Belgium capital of Brussels, aiming to consult European allies on efforts to counter provocative actions by China and Russia. Biden will also highlight the United States' commitment to the 30-nation alliance, which was frequently maligned by former U.S. President Donald Trump. Biden's trip to Europe started with a G-7 meeting, which ended Sunday with promises to enact measures on Covid vaccines and a global corporate tax as well calls for China "to respect human rights and fundamental freedoms." Biden is set to sit down with Russian President Vladimir Putin in Geneva, Switzerland on Wednesday.

5. Israel's new government gets to work after Netanyahu ouster

For the first time in 12 years, Israelis on Monday woke up to a new government and a new prime minister after 49-year-old Naftali Bennett late Sunday secured the backing of parliament and ousted longtime leader Benjamin Netanyahu. Under a coalition agreement, Bennett, a former ally of Netanyahu turned rival, will hold office of the premier for the first two years of the term, and then Foreign Minister Yair Lapid, the architect of the coalition, will become prime minister. Netanyahu, the longest to hold office, will now serve as the opposition leader. The 71-year-old has made clear he has no intention of exiting the political stage.