Bitcoin (BTC) briefly fell below $42,000 on Sept. 25 as the weekend looked set to deliver an unimpressive weekly close. 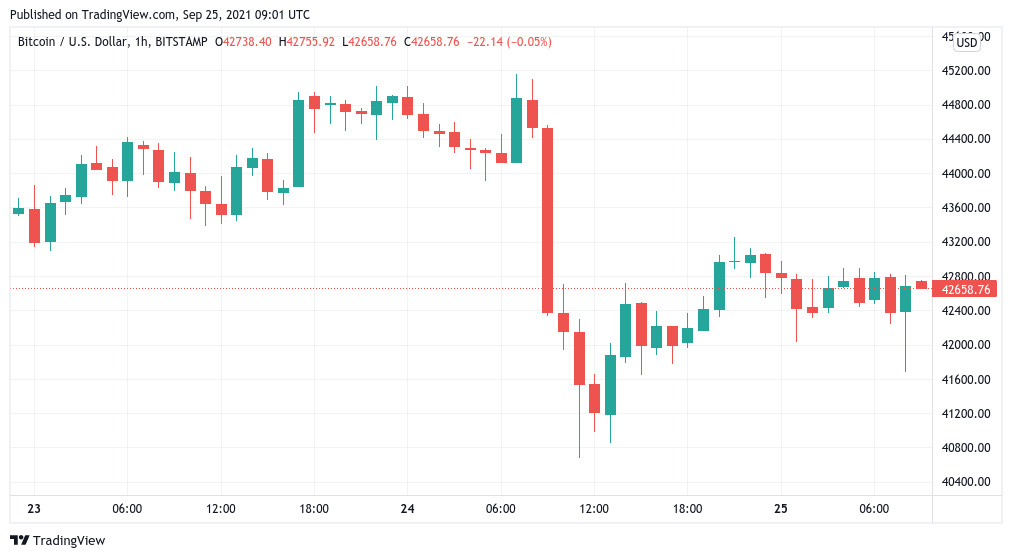 Data from Cointelegraph Markets Pro and TradingView showed BTC/USD losing $1,000 in just over an hour during Saturday before rebounding.

The weekend had started with the pair at around $43,000 — a critical level some say should hold as the weekly close looms.

Others argue that lower price action would also be suitable for Bitcoin in the aftermath of Friday’s volatility, with $36,000-$38,000 the cut-off point for bulls.

Among them is Cointelegraph contributor Michael van de Poppe.

“The critical level for Bitcoin is still the same, which is between $38-40K I’d prefer to see the level hold,” he told Twitter followers late Friday.

“If that happens, everything is fine.”

Among commentators, the China “ban” story still dominated the debate, this roping in the industry’s best-known names after a kneejerk reaction from nervous traders sent cryptocurrencies tumbling.

Despite the chaos, nothing from China had really changed, with the government repeating its existing position. As Cointelegraph noted, when the “ban” initially began in September 2017, Bitcoin conversely saw a new all-time high just three months later.

“Nothing has created more wealth in the past decade than technologies banned in China,” Michael Saylor, CEO of MicroStrategy, claimed.

Jon Geenty, a data scientist at analytics firm CoinMetrics, meanwhile produced a comparative chart showing how Bitcoin performs after each China “ban” story. Contrary to fears, BTC price action has in fact stabilized after such events.

The outlook for altcoins remained bleak on the day, thanks to Bitcoin doubling down on lower levels.

Ether (ETH) stood at around $2,825, near the essential $2,800 support level for bulls, while most of the top ten cryptocurrencies by market cap lost 6-7% on the day. 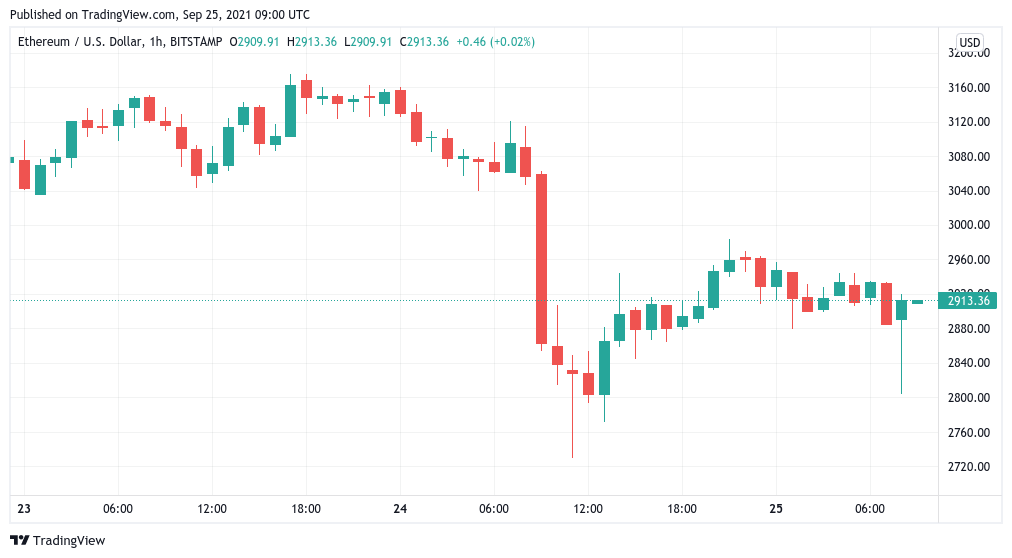