Larry Kudlow on whether the US is already in a recession

The FOX Business host provides insight on ‘Mornings with Maria’ shortly after it was revealed that GDP activity declined at a worse than expected 1.6% annual pace in the first quarter, according to the Commerce Department’s final reading.

FOX Business host Larry Kudlow, the former director of the National Economic Council in the Trump administration, argued that the United States is "probably on the front-end of a recession."

Speaking on "Mornings with Maria" following the release of Q1's GDP numbers, Wednesday, he said that he doesn’t know whether the U.S. is in a recession just yet, but stressed that the economic outlook "is not good."

Kudlow pointed to "the inflation problem," the "collapse in consumer confidence," and the expectation that the Federal Reserve is going to be raising rates significantly – more than the central bank has already – in order to try and tame the price hikes. 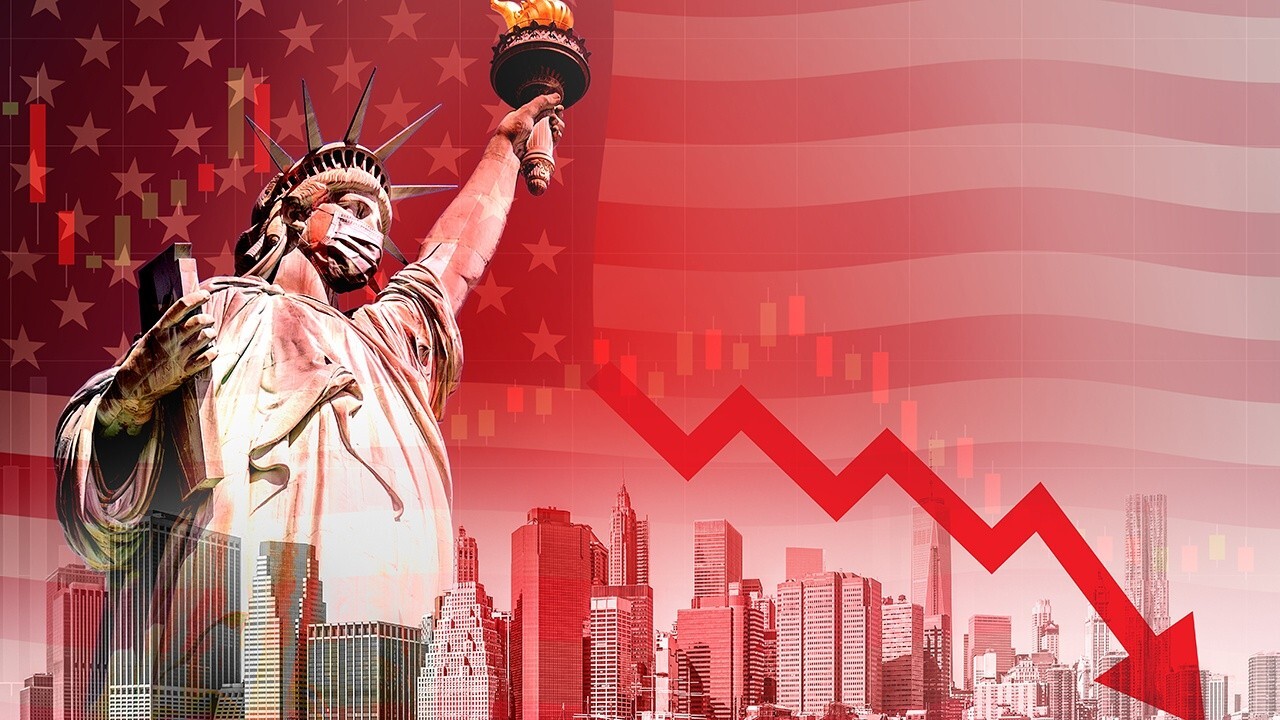 The FOX Business host made the comments shortly after it was revealed that gross domestic product (GDP) activity, the broadest measure of goods and services produced across the economy, declined at a worse than expected 1.6% annual pace in the first quarter, according to the Commerce Department’s final reading. The figure is slightly higher than the department’s first and second readings.

A recession refers to a contraction in GDP activity for two consecutive quarters. 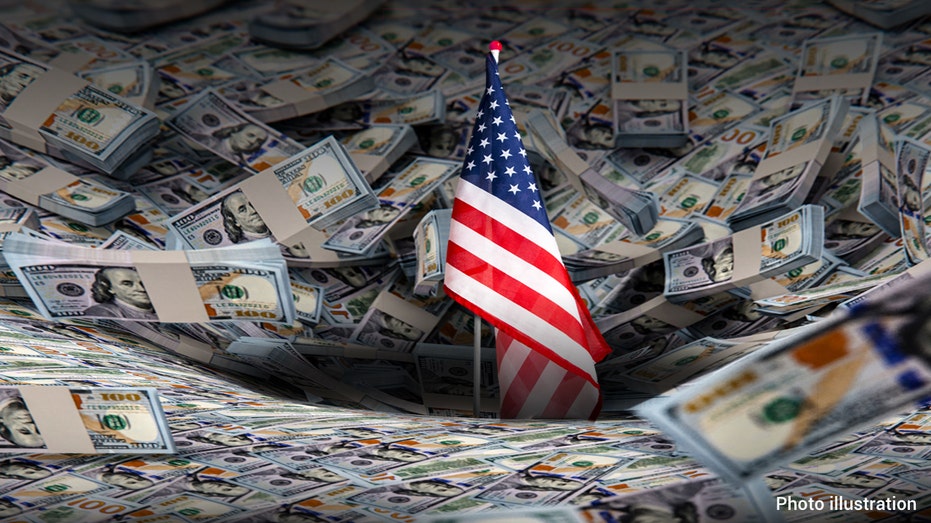 Illustration of an American flag sinking into a money hole. (istock / iStock)

Meantime, the Labor Department said earlier this month that the consumer price index, a broad measure of the price for everyday goods, including gasoline, groceries and rents, rose 8.6% in May from a year ago. Prices jumped 1% in the one-month period from April. Those figures were both higher than the 8.3% headline figure and 0.7% monthly gain forecast by Refinitiv economists.

The data marks the fastest pace of Inflation since December 1981.

US IS ALREADY IN A ‘SOFT’ RECESSION: ECONOMIST STEPHEN MOORE

Many economists are wondering whether the Fed can successfully engineer the elusive soft landing — the sweet spot between tamping down demand to cool inflation without sending the economy into a downturn. Hiking interest rates tends to create higher rates on consumer and business loans, which slows the economy by forcing employers to cut back on spending.

Earlier this month, the Fed raised its benchmark interest rate by 75-basis points for the first time in nearly three decades as policymakers intensified their fight to cool red-hot inflation.

Federal Reserve Chairman Jay Powell earlier this month sought to assure Americans that higher rates will not trigger a recession and that tightening policy is necessary in order to tame prices. 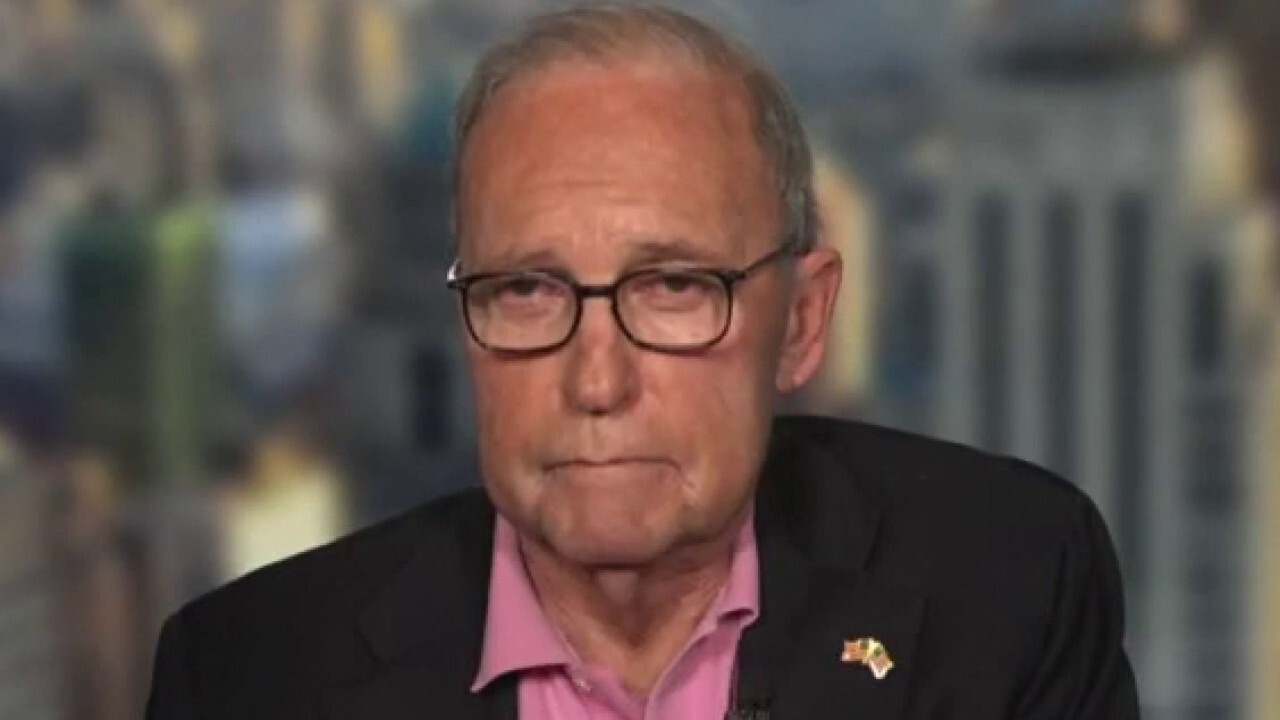 GDP declined at worse than expected 1.6% annual pace in Q1

FOX Business’ host Larry Kudlow reacts to the final GDP reading for the first quarter, arguing that the U.S. is ‘probably on the front-end of a recession.’

Kudlow argued on Wednesday that the dismal economic picture is a result of "self-afflicted problems from the Biden administration, particularly on overregulate of the energy sector."

"But there is a lot of blame to go around," he continued.

"There’s too much spending, there’s too much regulating of business. The Federal Reserve was way, way behind the curve. They are going to have to catch up. It is not a great outlook."

29/06/2022 Economy Comments Off on US likely in the 'front-end of a recession': Larry Kudlow
Markets