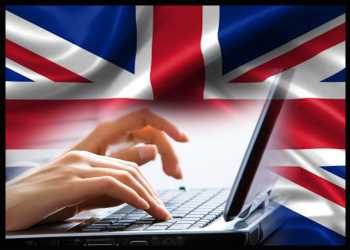 The Chartered Institute of Procurement & Supply Composite purchasing managers’ index, or PMI, which combines manufacturing and services, dropped to a twenty one-month low of 47.2 from 49.1 in September.

The reading was forecast to fall moderately to 48.1. Any reading below 50 suggests decline in activity.

The services PMI fell to 47.5 from 50.0 in September, marking the fastest decline since January 2021. Economists had forecast a modest fall to 49.6.

The manufacturing PMI sank to 45.8 from 48.4 in the previous month. Economists were looking for a score of 48.0. The latest reading was the weakest in 29 months.

New orders decreased at the sharpest pace since January 2021, reflecting increasing signs of declining demand. This was often attributed to a considerable downturn in business and consumer confidence in recent months, the survey said.

Input price inflation slowed for the fourth time in the last five months in October. Nonetheless, overall cost pressures were stronger than at any time in the two decades prior to the pandemic.

Average prices charged by companies increased sharply in October, although the rate of inflation moderated to its lowest since August 2021.

Business expectations for the year ahead declined the most since March 2020. Optimism levels hit a two-and-a-half year low in both the manufacturing and service sectors.

“The heightened political and economic uncertainty has caused business activity to fall at a rate not seen since the global financial crisis in 2009 if pandemic lockdown months are excluded,” Chris Williamson, chief business economist at S&P Global Market Intelligence, said.

“GDP therefore looks certain to fall in the fourth quarter after a likely third quarter contraction, meaning the UK is in recession,” added Williamson.