A ship's anchor could be the reason behind an oil spill near a port complex in Los Angeles and Huntington Beach, leaving several boats waiting to unload.

The spill, which resulted in more than 126,000 gallons of oil being dispersed into the Pacific Ocean, damaged wetlands, forced beach closures and resulted in the loss of marine wildlife. An investigation into what caused the weekend spill was launched, and it is believed that a ship's anchor struck the pipeline, which is owned by Amplify Energy Corp of Houston. 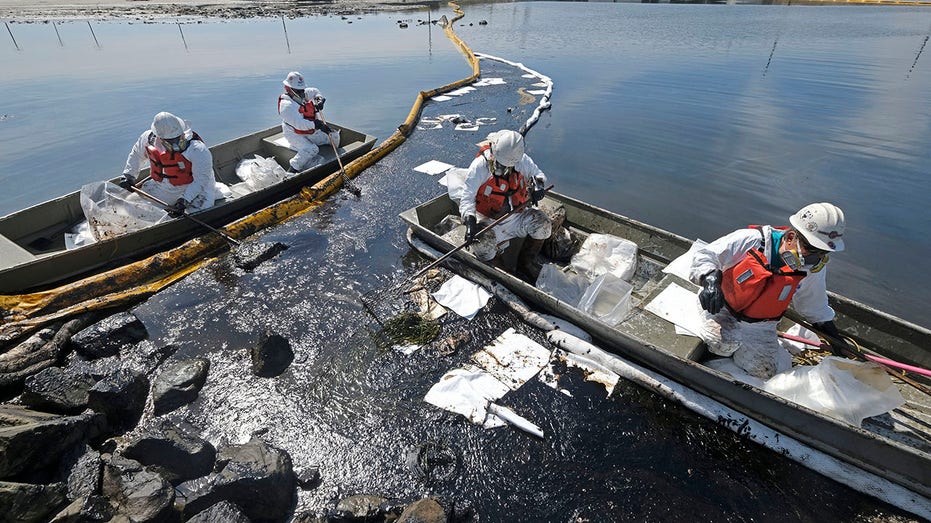 SkyTruth, a nonprofit environmental watchdog, said there were ships anchored near the pipeline, with the closest being an estimated 450 meters away.

"That seems like a comfortably long distance to separate that pipeline from that ship, but one thing I don't know is how accurate is this government data on exactly where this pipeline sits on the seafloor," said SkyTruth President John Amos. 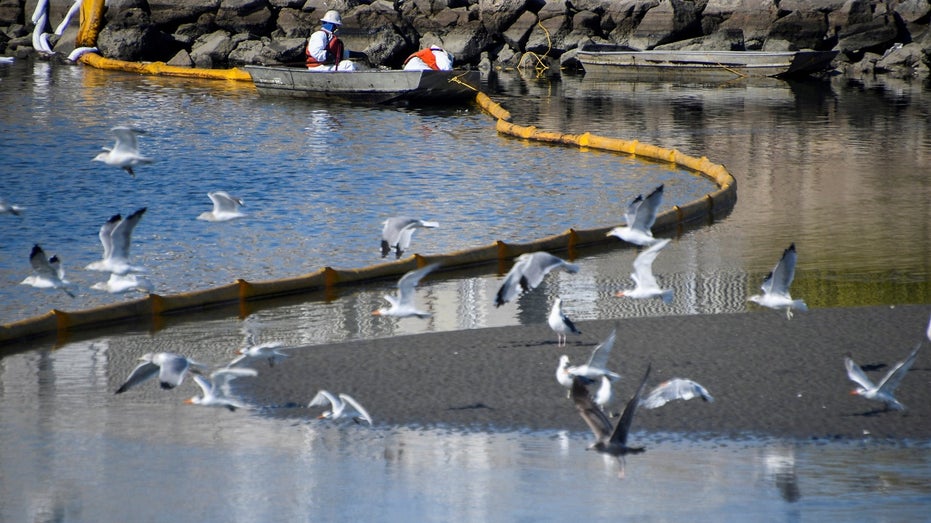 A clean-up team works on clearing the oil slicks at the Talbert Channel after a major oil spill off the coast of California has come ashore in Huntington Beach, California, U.S. October 3, 2021. REUTERS/Gene Blevins (Reuters / Reuters)

Orange County District Attorney Todd Spitzer had said investigators were looking into whether charges could be brought for the spill.

As of Tuesday morning, there were 63 container ships in San Pedro Bay that were waiting to unload at Los Angeles and Long Beach ports, according to the Marine Exchange of Southern California. 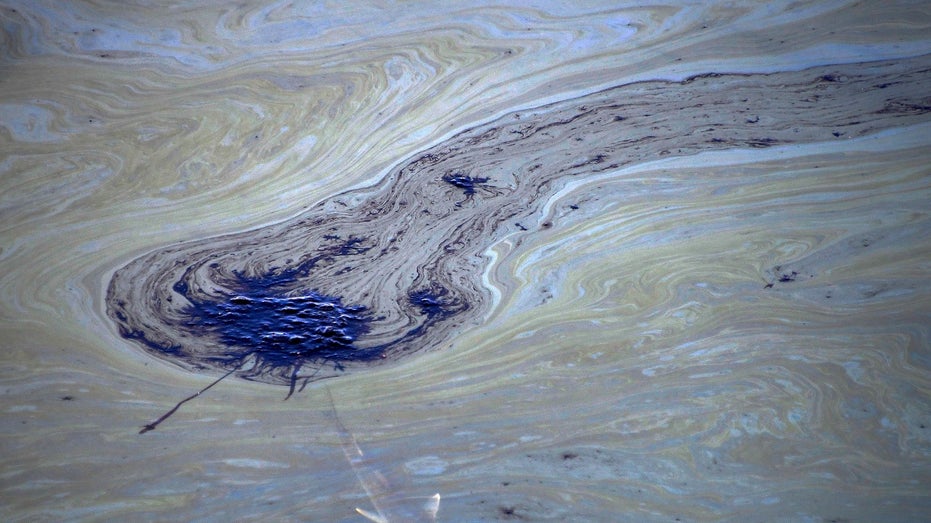 A fish swims under oil slicks in the Talbert Channel after a major oil spill off the coast of California has come ashore in Huntington Beach, California, U.S. October 3, 2021. REUTERS/Gene Blevins (Reuters / Reuters)

On Monday, California Gov. Gavin Newsom proclaimed a state of emergency in Orange County to support emergency response to the spill.

Fox News reached out to the United States Coast Guard for the Pacific Area and to Amplify Energy Corp but did not receive an immediate response from either.