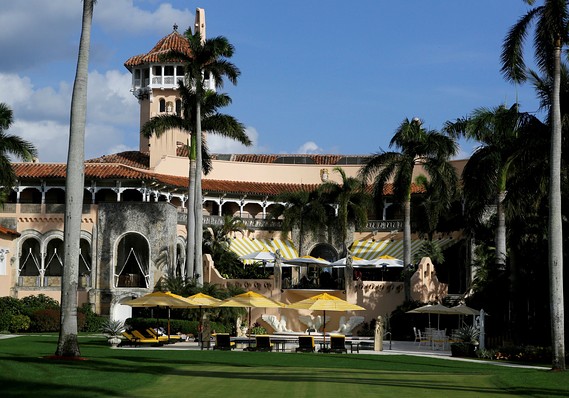 Revenue at President Donald Trump’s Mar-a-Lago resort in Florida dropped in 2018, even as it climbed at other familiar properties associated with the president — including his Washington hotel favored by lobbyists.

His hotel in Washington, meanwhile, had revenues of about $40.8 million, a small increase from calendar year 2017.

At Trump’s golf club just outside Washington, in Northern Virginia, revenue was up more than $500,000, to $13.3 million.

The form was released by the federal Office of Government Ethics. It doesn’t say how profitable, or loss-making, Trump’s ventures are, and many figures in the disclosure are in ranges instead of specific dollar amounts.

Still, the form and the previous ones that Trump has disclosed offer a window into his business activities, at a time when Democrats continue to press him to make his tax returns public. Trump has repeatedly declined to do so and on Wednesday, Treasury Secretary Steven Mnuchin said it will be up to courts to settle the dispute.

Trump, when he became president, didn’t divest his businesses. Eric Trump and Donald Trump Jr. took over running the Trump Organization after their father was inaugurated in January 2017.

The disclosure also showed revenue at some of his other properties running close to last year’s figures: Trump’s Bedminster golf course in New Jersey took in more than $15 million, for example.

The form also listed a liability of as much as $25 million, from a small bank in Florida called Professional Bank, for a Florida property. The Palm Beach Daily News reported that Donald Trump Jr. and Eric Trump bought the property from one of the president’s sisters, Judge Maryanne Trump Barry, for $18.25 million.