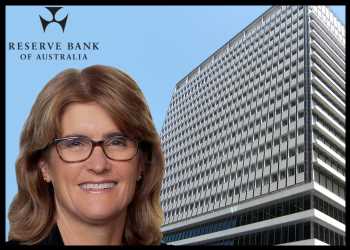 Unlike most of the peer central banks, the RBA board makes decision 11 times a year and evaluates the situation frequently, the central banker said at an annual conference of the Australian Finance Industry Association in Sydney.

Bullock pointed out that the more frequent meetings provide flexibility to the central bank on the size and timing of rate hikes.

“It also means that if we increase interest rates at every meeting, we can potentially move much faster than overseas central banks,” the policymaker added. The RBA can achieve a similar rise in interest rates with smaller increments, she said.

Early this month, the RBA board felt that a smaller increase in the interest rate was warranted as the substantial rise in the benchmark rate along with price rises put pressure on household budgets. In addition, the global economic environment had deteriorated quite sharply, Bullock noted.

At the October meeting, the bank lifted the rate by a smaller-than-expected quarter point. However, the RBA has been tightening its monetary policy since May.

The interest rate currently stands at 2.60 percent, the highest since July 2013.

The minutes of the October policy session said the decision was finely balanced. The board holds its next monetary policy meeting on November 1.

Bullock said the RBA expects to increase interest rates further over the coming months. But the pace and timing will be determined by the economic data.

The rate-setter said the board will take into account the global economy, household spending and wage- and price-setting behavior. The board is determined to do what is necessary to return inflation to target, she added.