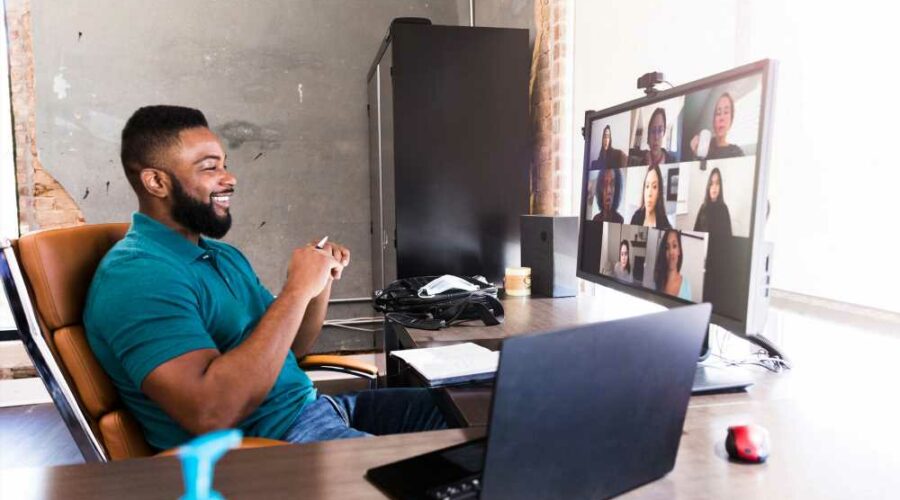 LinkedIn says most employees can work from home forever

Americans like working from home so much that over half of those who participated in a new nationwide poll said they would be willing to take a pay cut to continue doing so.

An online survey commissioned by insurance company Breeze found that 65 percent of American workers who said their jobs could be done entirely remotely were willing to take a 5 percent pay cut to continue working from home.

Most workers said they wouldn’t shave off more than 5 percent of their salary for the work-from-home perk, but some went further.

Almost a quarter of respondents would take a 15 percent pay cut, the survey found, and 15 percent said they’d take 25 percent off their salary to remain remote.

Almost half, or 46 percent, said they would give up a quarter of their paid days off, and 15 percent said they’d sacrifice all of their time off to be able to work from home forever.

The survey was conducted by the polling firm Pollfish on July 20 and 21. It included responses from 1,000 Americans who said they were “employed or looking for work at a job that can be completed entirely remotely.”

The results come as companies across the country grapple with how or whether to lure their employees back to the office.

John Simmons, an executive at InboxAlly, told Breezy that his company hit an obstacle when it tried to order workers back to the office.

“We noticed that this [returning to the office] would be an issue with almost half of our staff when we sent out an email asking them to return to the office. One person was even willing to quit and offered to stay on as a freelancer,” he said.

04/08/2021 Economy Comments Off on Most Americans would take a pay cut over going back to the office, survey finds
Markets