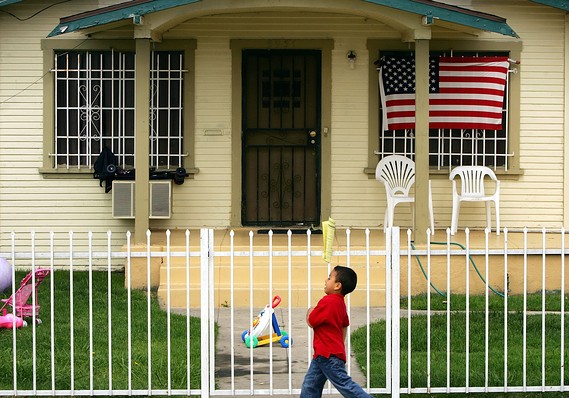 Rates for home loans mostly held steady, and even declined slightly, as investor jitters about a slowing economy and geopolitics continued to keep bonds attractive.

The 30-year fixed-rate mortgage averaged 3.82% in the June 13 week, unchanged during the week, Freddie Mac said Thursday. Nearly halfway through the year, the popular product has managed a weekly increase only six times. It now stands at about a two-year low.

Fixed-rate mortgages follow the path of the 10-year U.S. Treasury noteTMUBMUSD10Y, -0.45%  , which has tumbled as investors grow increasingly concerned about the health of the economy and the potential effects of a long trade war. Meanwhile, inflation has remained tame. Markets and some analysts now predict that the Federal Reserve will cut interest rates this year.

Lower rates are touching the housing market in unexpected ways. Demand for home loans has been so robust that mortgage lender profit margins turned positive for the first time in nearly three years.

That’s according to Fannie Mae’s Mortgage Lender Sentiment Survey for the second quarter, released Wednesday. That survey also found that for the first time in more than two years, a majority of lenders reported or said they expect refinance volumes to increase.

Whether or not mortgage lenders are profitable isn’t just an industry concern. It’s often been the case that lenders lower their standards when they become more hungry for revenues, including at the height of the housing bubble a decade ago. Fannie Mae said in its release of the lender survey that “the meaningful easing of lending standards is a thing of the past.”

13/06/2019 Economy Comments Off on Mortgage rates hold at two-year lows, giving borrowers another shot at the action
World News

Some Frankie & Benny's restaurants to permanently close after lockdown

Yes, You Can (and Should) Still Protest Even If You Can't Be There Physically. Here's How