Former Texas Railroad Commissioner Ryan Sitton predicts what a potential rail strike will do to the already struggling American economy on ‘Mornings with Maria.’

The third largest railroad union rejected its deal with freight railroads Monday — renewing the possibility of a strike that could cripple the economy — but before that could happen both sides will return to the bargaining table.

About 56% of the track maintenance workers represented by the Brotherhood of Maintenance of Way Employes Division union who voted opposed the five-year contract even though it included 24% raises and $5,000 in bonuses.

Union President Tony Cardwell said the railroads didn't do enough to address worker concerns about the lack of paid time off — particularly sick time — and demanding working conditions after the major railroads eliminated nearly one-third of their jobs over the past six years. 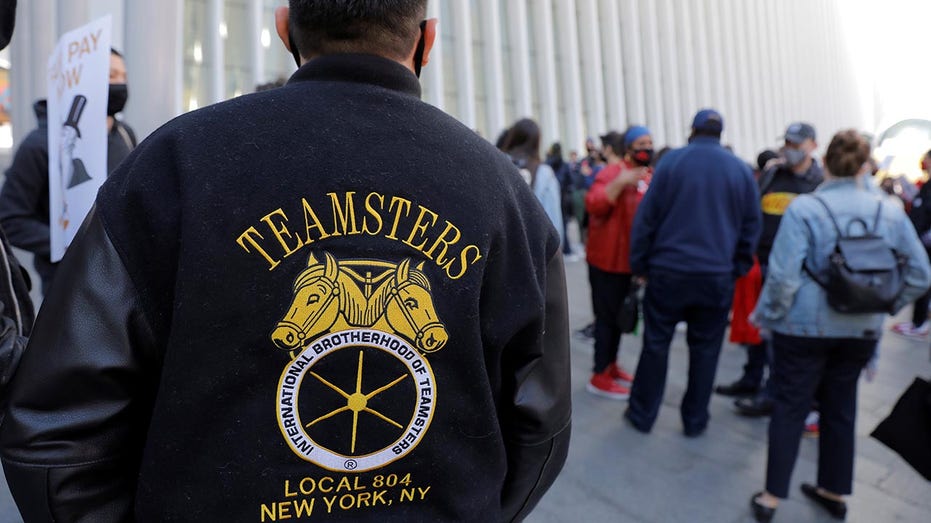 A person wearing a patch of the International Brotherhood of Teamsters labor union attends a May Day rally for media workers held by The NewsGuild of New York on International Workers’ Day in Manhattan, New York City, New York, U.S., May 1, 2021. The (REUTERS/Andrew Kelly / Reuters Photos)

"Railroaders are discouraged and upset with working conditions and compensation and hold their employer in low regard. Railroaders do not feel valued," Cardwell said in a statement. "They resent the fact that management holds no regard for their quality of life, illustrated by their stubborn reluctance to provide a higher quantity of paid time off, especially for sickness."

The railroads didn't immediately comment on the rejected contract.

Four other railroad unions have approved their agreements with the freight railroads that include BNSF, Union Pacific, Kansas City Southern, CSX and Norfolk Southern, but all 12 unions that represent a total of 115,000 workers must ratify their contracts to prevent a strike.

One other union, the International Association of Machinists and Aerospace Workers, initially rejected its deal but has since renegotiated a new contract. The voting won't be completed until mid-November. 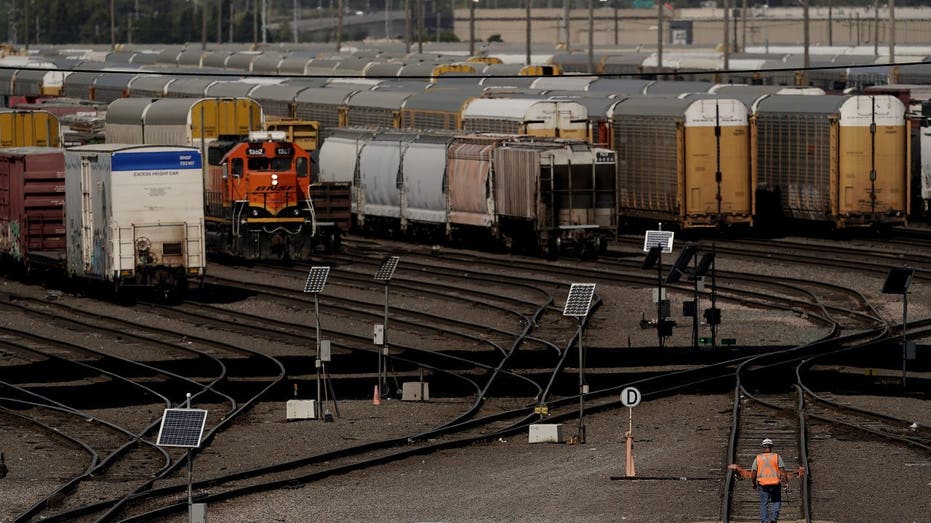 A worker walks along tracks at a BNSF rail yard Sept. 14, 2022, in Kansas City. The third largest railroad union rejected its deal with freight railroads Monday, Oct. 10, 2022, renewing the possibility of a strike that could cripple the economy. (AP

President Joe Biden put pressure on the railroads and unions to reach a deal last month ahead of a mid-September deadline to allow a strike or walkout.

Many businesses also urged Congress to be ready to intervene in the dispute and block a strike if an agreement wasn't reached because so many companies rely on railroads to deliver their raw materials and finished products.

In general, the deals the unions agreed to closely follow the recommendations a special panel of arbitrators that Biden appointed this summer. 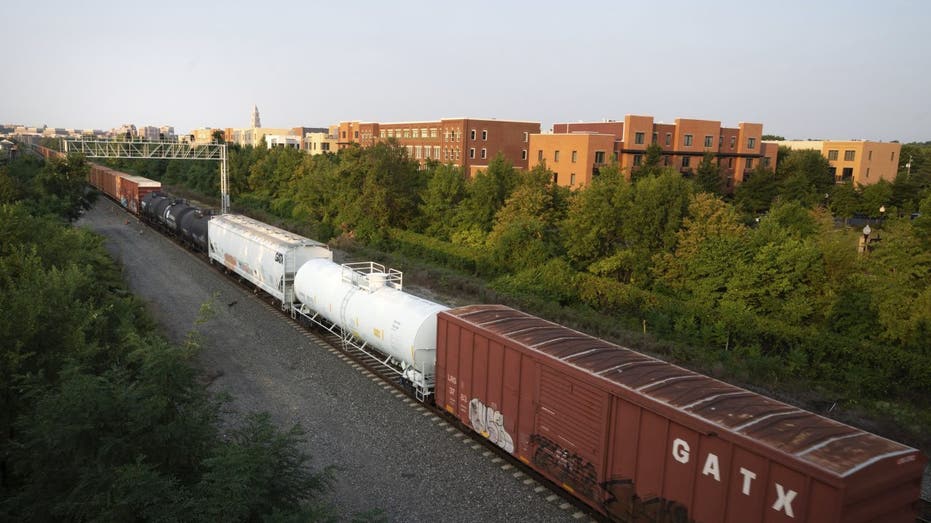 A CSX freight train travels through Alexandria, Va., Sept. 15, 2022. The third largest railroad union rejected its deal with freight railroads Monday, Oct. 10, 2022, renewing the possibility of a strike that could cripple the economy. (AP Photo/Kevin

That Presidential Emergency Board recommended what would be the biggest raises rail workers have seen in more than four decades, but it didn't resolve the unions' concerns about working conditions.

Instead it said the unions should pursue additional negotiations or arbitration that can take years with each railroad individually.

The Brotherhood of Maintenance of Way union said it agreed to delay any strike until five days after Congress reconvenes in mid November to allow time for additional negotiations. 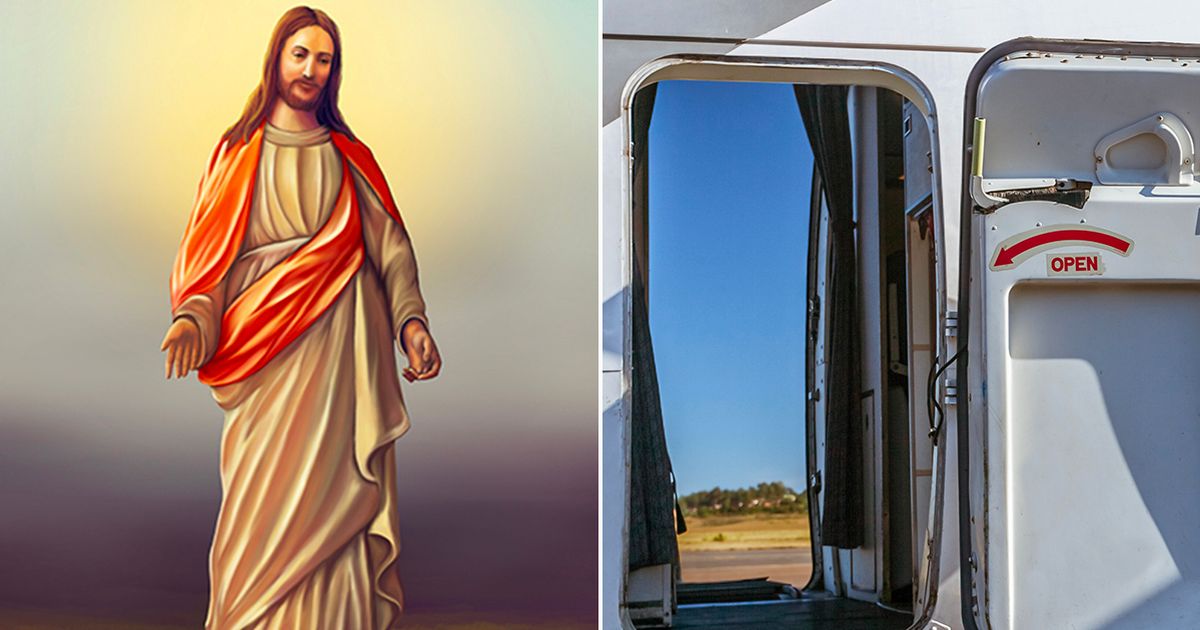