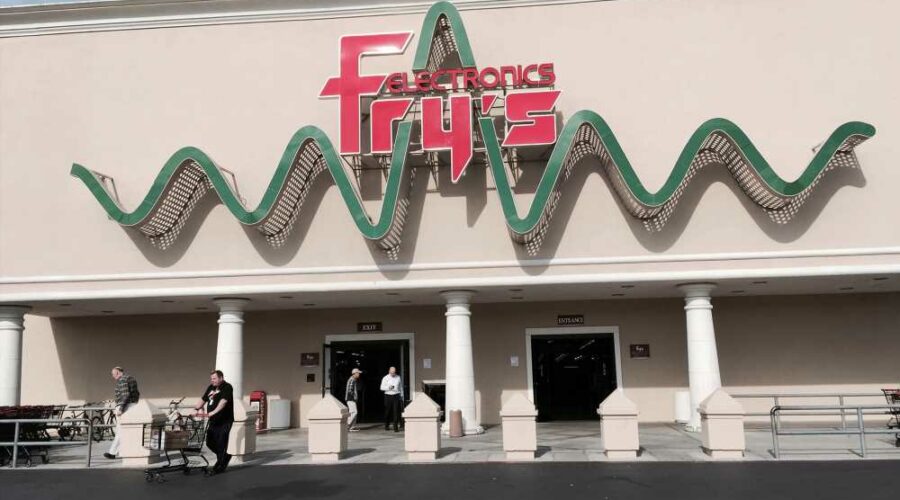 Walmart to raise workers’ average pay to $15 an hour

Century 21 to reopen in South Korea later this year

Fry’s Electronics — a big-box retailer that grew rapidly in the 1990s with a chain of giant and sometimes wildly decorated stores — abruptly announced that it’s going out of business.

The San Jose, Calif.-based retailer said in a Wednesday statement it “has made the difficult decision to shut down its operations and close its business permanently as a result of changes in the retail industry and the challenges posed by the COVID-19 pandemic.”

The company — which for years had been battered by rising competition with Amazon before the coronavirus hit last year — had operated 31 stores across nine states, with many locations the size of a Walmart supercenter despite focusing only on electronics and appliances.

Some stores were dressed up with quirky themes, including a Palo Alto, Calif., location that was decorated in an Old West theme with a steam engine inside and a Phoenix, Ariz. outlet that looked like an Aztec temple. A Burbank, Calif., location was inspired by 1950s sci-fi and had a UFO crashing through the front, with figures of aliens and a giant octopus inside.

Rumors of Fry’s demise had been circulating at least since 2019 when it switched its suppliers to a consignment model and shoppers noticed increasingly bare shelves, according to reports at that time.

“It is hoped that undertaking the wind-down through this orderly process will reduce costs, avoid additional liabilities, minimize the impact on our customers, vendors, landlords and associates, and maximize the value of the company’s assets for its creditors and other stakeholders,” Fry’s said on its website.

The family-run business was founded in Sunnyvale, Calif. by the three Fry brothers, John, Randy and David, Fry’s. Some customers compared the chain to a mashup of Radio Shack — another once-mighty electronics chain that went bust — and Best Buy.

“How sad!” one customer lamented on Twitter. “It was like the Costco of electronics. A giant combo of a Best Buy and a Radio Shack. And, Fry’s did it with style!”

RadioShack operates primarily as an e-commerce website, though some stores still exist after it filed for bankruptcy twice.

Fry’s said it’s in the process of reaching out to both its vendors and customers who have still have merchandise in the stores to be sold or fixed.

“Please understand if we are a bit slow to respond given the large volume of questions. The company appreciates your patience and support through this process,” Fry’s said.