The Federal Reserve's preferred inflation gauge rose less than expected in October, but prices remained elevated near a four-decade high, according to new data released Thursday.

The Personal Consumption Expenditures (PCE) index showed that core prices, which strip out the more volatile measurements of food and energy, climbed 0.2% from the previous month and rose 5% on an annual basis, according to the Bureau of Labor Statistics.

Those figures are slightly lower than the 0.3% monthly increase and in line with the 5% annual increase forecast by Refinitiv economists.

The more encompassing headline figure rose 6% on an annual basis after prices rose 0.3% from the previous month, the same as September and August.

A customer shops at a supermarket in Millbrae, California, Aug. 10, 2022.  (Photo by Li Jianguo/Xinhua via Getty Images / Getty Images)

While the Fed is targeting the PCE headline figure as it tries to wrestle consumer prices back to 2%, Chair Jerome Powell previously told reporters that core data is actually a better indicator of inflation.

Both the core and headline numbers point to inflation that is running well above the Fed's preferred 2% target, a troubling sign as the central bank is already hiking interest rates at the fastest pace in decades. 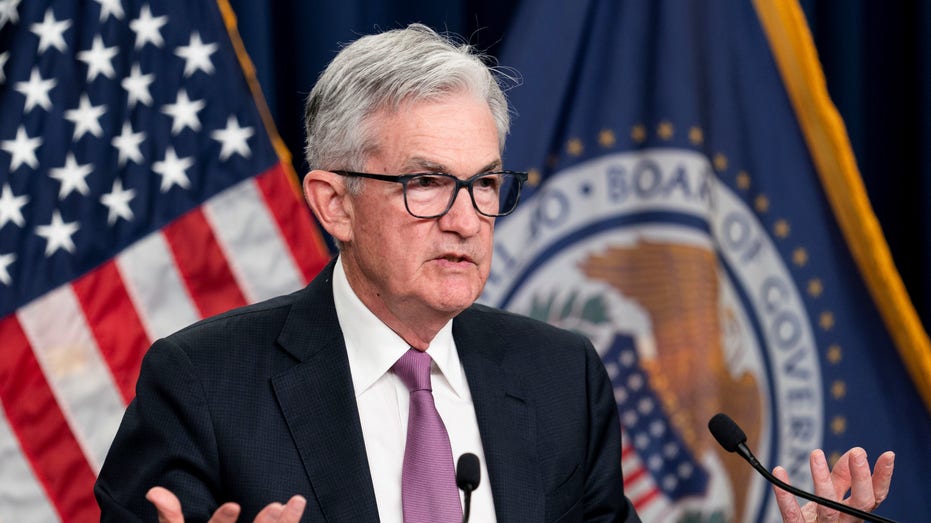 U.S. Federal Reserve Chair Jerome Powell and members of the Federal Reserve will use this week’s consumer and producer price index reports to weigh raising interest rates an additional 75 percentage points when the group meets on Sept. 21. (Photo by Liu Jie/Xinhua via Getty Images / Getty Images)

Policymakers have already approved six consecutive rate hikes, including four back-to-back 75 basis point increases, and have shown no signs of pausing. Although Powell on Wednesday signaled a preference for a slightly smaller, 50 basis point increase at the central bank's meeting later this month, he stressed that policymakers have more work to do in order to crush inflation.

"The time for moderating the pace of rate increases may come as soon as the December meeting," he said during a speech at the Brookings Institute in Washington. "Given our progress in tightening policy, the timing of that moderation is far less significant than the questions of how much further we will need to raise rates to control inflation, and the length of time it will be necessary to hold policy at a restrictive level."

Despite scorching-hot inflation, the PCE report showed consumers continued to open their wallets in October: Spending rose 0.7%, up from 0.4% the previous month.