New rules for companies that get financial benefits from governments outside the European Union are set to kick in next year, potentially imposing high costs on U.S. companies that do business in the bloc.

The EU’s foreign-subsidy rules, formally adopted last month, will allow regulators to bar companies from making certain acquisitions or winning large public contracts if they previously benefited from government aid deemed distortive. Companies whose activities fall under the scope of the new rules will need to report a range of financial interactions with foreign governments starting in October.

Lawmakers have said the rules are meant to even the playing field between European businesses and some of their heavily subsidized competitors, such as Chinese state-backed companies, which often receive cheap loans and other government benefits. Such companies have won billions of euros in taxpayer-funded public procurement contracts in the bloc, drawing criticism from Western rivals. 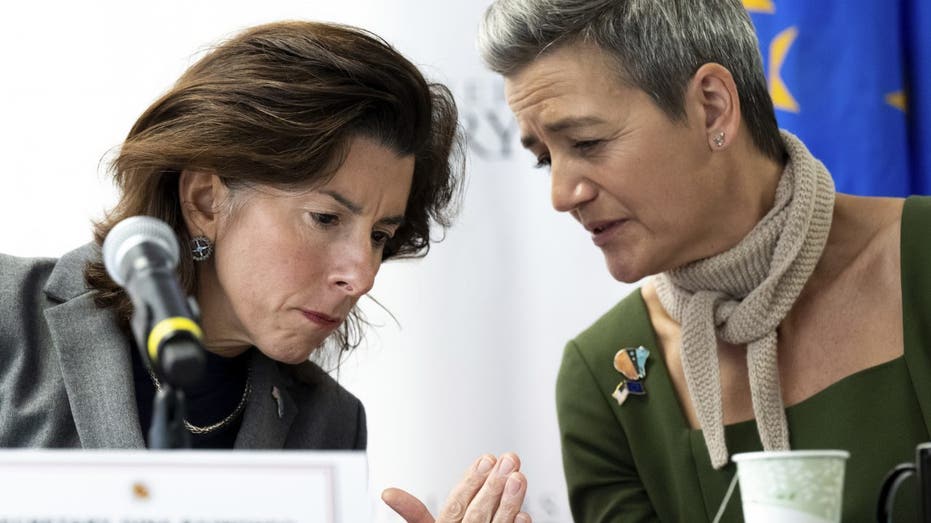 For example, an Austrian construction company complained after state-owned China Road and Bridge Corp. submitted a bid in 2017 to construct Pelješac Bridge in Croatia at a steep discount compared with other companies’ proposals. The Chinese company won the bid and built the 1½-mile-long bridge.

Competition lawyers and business groups say that companies based in the U.S. and the U.K., as well as European companies that are active outside of the bloc, are likely to be affected the most by the new reporting requirements, even if the benefits they received aren’t considered by the EU to be distortive.

"Nobody is arguing with the objectives" of the legislation, said Kaarli Eichhorn, an antitrust partner at law firm Jones Day who is also vice chair of the American Chamber of Commerce to the European Union. "But practically, it will hit U.S. corporations very hard." 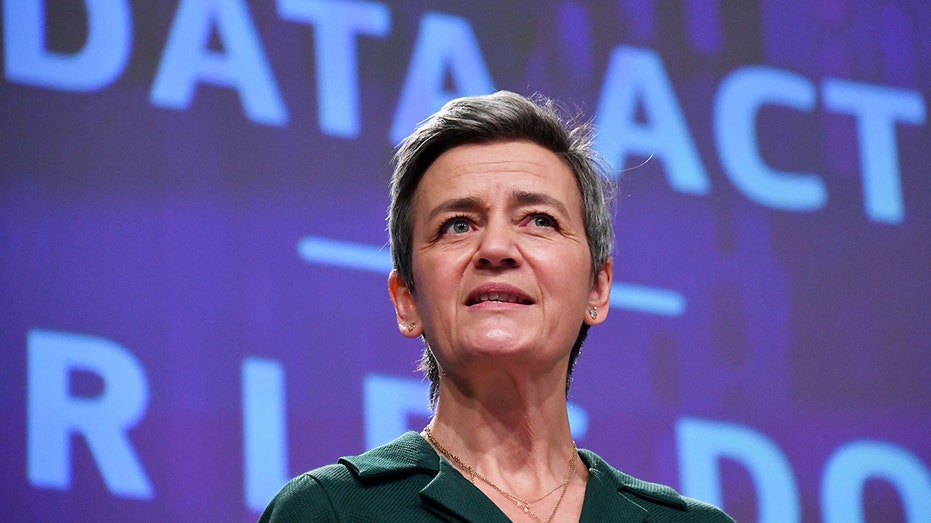 European Commission Executive Vice-President and Commissioner for A Europe Fit for the Digital Age, Margrethe Vestager, gives a joint press conference with the European commissioner for Internal Market on the Data Act at the EU headquarters in Brusse (Photo by JOHN THYS/AFP via Getty Images / Getty Images)

The reporting rules appear to capture a range of financial contributions from foreign governments, ranging from direct subsidies and tax breaks to public procurement contracts and even the provision of electricity from a public utility, competition lawyers said.

"If you read it literally, there are a lot of things that have to be reported in pretty excruciating detail," said Garrett Workman, executive director for Europe at the U.S. Chamber of Commerce in Washington, which also raised concern about the legislation while it was being negotiated earlier this year.

The European Commission, the bloc’s competition watchdog, said that it would seek feedback from stakeholders early next year on the implementation of the new rules and that it is working to limit the burden on companies.

According to the text of the regulation, companies must report financial contributions they received from non-EU governments and public authorities for a three-year period when they bid on a large European government contract or engage in certain mergers. Those found not to comply could face hefty fines.

Companies will need to notify the commission of a merger or acquisition if the companies involved received foreign financial contributions valued at more than 50 million euros, equivalent to about $53 million, during the previous three years and if the target company has EU revenue of at least €500 million. Companies bidding on a public contract valued at €250 million or more will need to report non-EU financial contributions above a certain threshold.

If officials decide that the contributions a company reports were distortive and had a net negative effect, they could block a deal, disqualify a company from a public procurement process or impose binding commitments. Investigators can also look into whether subsidies are distorting the market at other times, outside the context of a merger or public procurement bid.

The new rules likely mean the commission will eventually scrutinize the benefits that some U.S. and other multinational companies receive through the U.S.’s Inflation Reduction Act, lawyers said. The U.S. legislation includes hundreds of billions of dollars in tax breaks and other spending for climate and energy-related activities, including the purchase of electric vehicles.

Europe has sought an exemption from aspects of the U.S. law that would provide benefits only to companies that source or manufacture their products in North America, saying the move discriminates against EU companies.

The European Commission’s executive vice president in charge of competition, Margrethe Vestager, said recently that U.S. companies should expect to be subject to the EU’s new foreign-subsidy reporting rules.

"As our legislation is neutral as to where you come from, of course one can imagine that this will be relevant also for businesses from the U.S. who want to do business here," Ms. Vestager said. She said companies would need to notify the commission so it could do a balancing test to determine whether the subsidy was broadly in the EU’s interest.

Jay Modrall, an antitrust lawyer with law firm Norton Rose Fulbright, said it is likely that a financial contribution associated with the Inflation Reduction Act would be investigated as a potential foreign subsidy.

But he said all U.S. and other Western companies that could be involved in large mergers or public procurement bids in the EU should be preparing for the new rules, since most of them have likely received some form of financial contribution from a non-EU government.

"A large number of companies have not really focused on it," Mr. Modrall said. "They’re going to be in for a very unpleasant surprise."