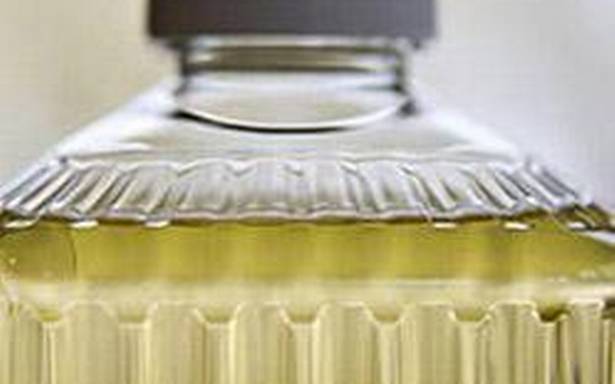 Soaring edible oil prices are likely to soften by December as international commodity futures show a declining trend and the arrivals of domestic oilseed crops, Food Secretary Sudhanshu Pandey said on Friday. However, he indicated that the government would be constrained from further import duty cuts to reduce oil prices as it needs to augment its own resources which have also been affected by COVID.

Retail prices of edible oils have risen about 64% over the last year, driven by surging global prices, and lower domestic production of soybean which is India’s largest oilseed crop. However, Mr. Pandey expressed confidence that the spike is over.

“December futures for soybean and palm oil are showing marginally declining trends. So at least we can expect that there will be no more rise in prices,” Mr. Pandey told journalists, adding that the arrivals of domestic soybean crop and the rabi season mustard crop would also help to soften prices. “Hopefully, prices should remain under control. There will be a decline, but not a very dramatic decline because global commodity pressures are still there.”

Officials say that one of the reasons that global prices have surged is excessive buying of edible oil by China. Another reason is that many major oil producers are aggressively pursuing biofuel policies and diverting their edible oil crops for that purpose. That includes oil palm in Malaysia and Indonesia as well as soybean in the United States, the two oil types that make up 50% of India’s domestic consumption.

However, governmental taxes and duties also make up a major chunk of the retail price of edible oils. Two months ago, the Centre cut import duties on crude palm oil from 15% to 10%, saying that reduction would remain in effect till the end of September. However, effective duties, which include cess and other charges, are still at 30.25% on crude palm oil and 41.25% on refined palm oil.

Asked whether any further tax cuts were likely, Mr. Pandey only noted that the “pandemic has affected the resources of everyone…and the government also faces constraints. But still, whatever the government could do, they have done.”

He added that governmental interventions such as duty reduction and port facilitation had also ensured that although global soy and palm prices shot up 22% and 18% respectively over the last week, Indian prices have only gone up about 2%. He added that the money earned through agriculture cess would actually be used to promote domestic edible oil production and reduce dependence on imports.