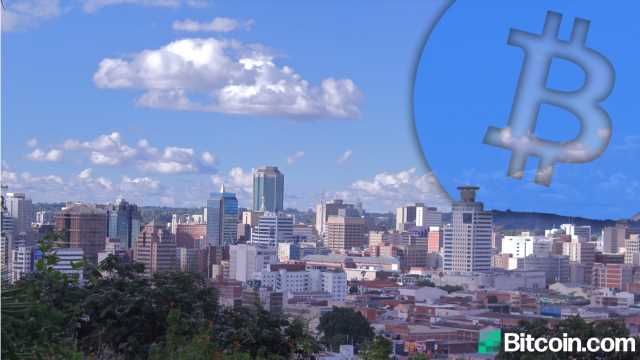 A Zimbabwean fintech lawyer, Prosper Mwedzi, recently initiated a process that seeks to bring recognition and regulation of cryptocurrencies. Under this private member bill procedure, a legislative proposition initiated by private citizens will be debated in the Zimbabwean parliament. If the crypto regulation bill succeeds in garnering the required support, it will become part of the country’s national laws.

Meanwhile, Mwedzi’s attempt to use the private bill to bring regulation to Zimbabwe’s crypto space comes more than two years after the Reserve Bank of Zimbabwe (RBZ) issued a public advisory against cryptocurrency trading. For an update on the private bill’s progress, Terence ZImwara of Bitcoin.com News recently reached out to Mwedzi. Below are Mwedzi’s responses to a set of questions that were sent to him.

Bitcoin.com News (BCN): Can you start by telling us what prompted you to go the route of a Private Member’s Bill?

Prosper Mwedzi (PM): We have been trying to get regulators thinking about the future of digital assets in our economy since 2018 but there has been no meaningful engagement or progress. Going down the Private Bill route is a sign of frustration about inaction by regulators as we feel that we have exhausted all the other available avenues.

BCN: Can briefly tell us what this process is really about?

PM: The bill is all about enabling innovators and entrepreneurs to operate in the market under oversight by the Reserve Bank. This has the ability to strike a balance between protecting the public and enabling innovation. The Zimbabwean constitution provides for citizens to be able to legislate in their area of interest by following the private bill procedure although this is not very common.

BCN: What is the current status of the bill and what has been the reaction like?

PM: Currently, we are trying to create awareness about the technology and form alliances with stakeholders to promote the bill to the public. The risk of taking the bill through the procedure when there are fewer people who understand the technology especially in Parliament is that it can get shot down on first reading and that would be disastrous.

BCN: How do you rate the bill’s chances of success given the fact that something similar was attempted in the past but this ultimately failed?

PM: We are hopeful that developments globally will help get Parliament thinking about its next steps for the benefit of the country.

Currently, Zimbabwe is lagging in this space when compared to our neighbouring countries like South Africa where there is an impetus on policymakers and legislators to move fast to usher the nation into the digital age. This is a non-partisan matter and it shouldn’t be controversial.

BCN: In your view, are Zimbabwean regulators now ready to embrace digital assets or they are still pursuing the wait and see approach?

PM: It looks like they are taking the wait and see approach but I also think that the knowledge gap in this space is impacting meaningful action on the ground by regulators as they lack the expertise.

BCN: Besides this initiative, what else are you doing to help the Zimbabwean crypto space grow?

PM: We have been pushing mainly on the educational front to make people realise the benefits of this technology in our economic circumstances. We are encouraging young people to participate in this industry which is growing fast and is now worth over $2 trillion dollars. If anyone is interested in building products in this space we can help with sourcing funding from VCs. We are providing training services as well.

BCN: What kind of impact has the Covid-19 related economy shut down had on the Zimbabwean crypto industry?

PM: I think this has had a positive impact, people had more time at their hands and they have sought new skills and made an entry into crypto. Though it is difficult to measure quantitatively this is our view.

BCN: What do you think are some of the obstacles that crypto enthusiasts still face?

PM: Currently, Zimbabwe is excluded on many platforms and this makes it challenging for traders to access exchange services and also to fund accounts. I would say on-ramps to crypto is still a barrier as well as off-ramps though the latter is less of a problem as there are always buyers on the local market when someone wants to sell. I would also mention the lack of knowledge to get into crypto to start.

We have been mentoring new adopters and highlighting the risks and opportunities in crypto. I would also say that regulation is the elephant in the room- the current ban on the banking sector from servicing crypto activities is a big and real obstacle.

What are your thoughts on Mwedzi’s initiative? Tell us what you think in the comments section below.