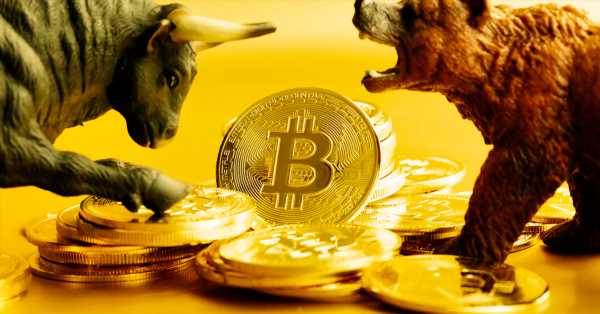 The crypto markets took a steep nosedive in the early hours of Saturday morning as Bitcoin fell even further from $53,940 to $42,874, causing most altcoins to collapse with it. Many investors were startled, as they were hoping or even expecting the opposite; an upwards rally going into the year end. According to GlobalBlock sales trader Marcus Sotiriou, the reason behind it were the huge drops from crypto ‘whales’ who have been moving Bitcoin from their wallets and depositing it to exchanges at a staggering rate.

‘Whales’ are crypto investors with deep pockets who can move the market by buying or selling in large volumes. Given the fact that market caps of crypto assets are relatively modest compared to other sectors, the movements of crypto whales can really influence markets to move in either direction when they make large buy or sell orders. It is said that only about 1000 whales hold 40% of the entire bitcoin market.

But the recent crash could also be fueled by several other factors. Prominent investor Louis Navellier’s warned that the US Federal Reserve’s tapering could cause the Bitcoin and crypto bubble to burst. In an interview to London-based news outlet Insider, Navellier said the Fed’s tapering “should create a correction in risk assets, of which bitcoin is a part.”

According to Sotiriou, the crash was also down to a cascade in liquidations, as over $2 billion of leveraged positions was wiped out on Saturday. This deleveraging was exacerbated by the fact that it occurred on a Friday night in the US coinciding with the weekend in Asia, which is one of the lowest periods for liquidity. This meant that even though leverage was actually lower than it has been in previous crashes, the effect was still substantial. This shows that event though markets have become more efficient over time, it still has a long way to go to avoid these situations of forced selling.

Apart from all this there are also worries regarding the new Omicron variant and worries about Evergrande moving closer to default. But Sotiriou pressed that in his opinion, most importantly, institutions are wanting to secure profits going into the year end to manage risk. However, he did not think this will be the end of the bull cycle and he believes this sell-off has given weight to the lengthening cycle theory, where this bull market could extend into 2022, contrary to many analysts’ expectations of a blow off top in 2021.

05/04/2022 Crypto Comments Off on Will the Recent Bitcoin Crash be the End of the Bullish Cycle?
Markets