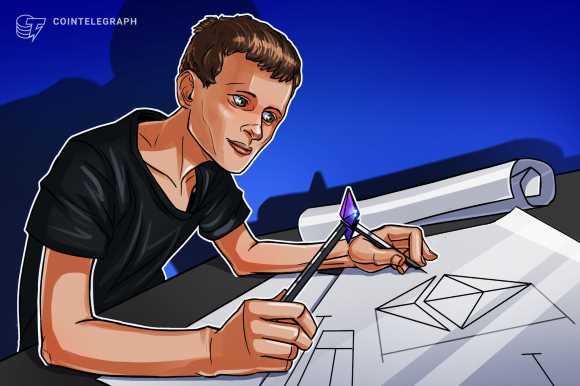 Buterin was speaking at the BUIDL Asia conference in Seoul on Aug. 3, along with Illia Polosukhin, the co-founder of Near Protocol (NEAR) to discuss Ethereum’s upcoming Merge.

The Ethereum co-founder argued that centralized stablecoins could be a “significant” decider of which blockchain protocol the industry would “respect” in hard forks.

A hard fork occurs when there is a radical change to the protocol of a blockchain network that effectively results in two versions. Usually, one chain ends up being preferred over another.

“At the moment of the merge, you will have two [separate] networks […] and then you have exchanges, you have Oracle providers, you have stablecoin providers that are kind of deciding in a way, which one they respect.”

However, Buterin stated he “had not seen any indication” that such a contention would be an issue in Ethereum’s upcoming Merge, noting that the centralized stablecoin issue is more of a concern for future hard forks.

“I think in the further future, that definitely becomes more of a concern. Basically, the fact that USDC’s decision of which chain to consider as Ethereum could become a significant decider in future contentious hard forks.”

He added that in the next five to ten years, Ethereum may see more contentious hard forks where centralized stablecoin providers could carry more weight.

“At that point, maybe the Ethereum foundation will be weaker, maybe the ETH 2 client teams will have more power, and maybe someone like Coinbase, would both run a stablecoin and have bought up one of the client teams by then […] like lots of those kinds of things could happen,” he said.

As a potential antidote to centralized actors, Vitalik proposed opting for different kinds of stablecoins:

“The best answer I can come up with is to encourage the adoption of more kinds of stablecoins. Basically, you know, people could use USDC, but then they could also use DAI and like, at this point, I mean, like DAI has taken this kind of very decisive route of saying ‘we’re not going to be purely crypto economic we’re going to be a wrapper for a whole bunch of real world assets.’”

Related: Ethereum Merge: How will the PoS transition impact the ETH ecosystem?

The Merge is one of the most crucial technical updates to occur with Ethereum since its inception, as it moves from proof-of-work (PoW) to a proof-of-stake (PoS) consensus mechanism.

The Merge is slated to go ahead following the successful integration of the Goerli test net in mid-August, with Ethereum developers targeting Sept. 19 as the perpetual date for the merger of the current PoW chain to the PoS chain.