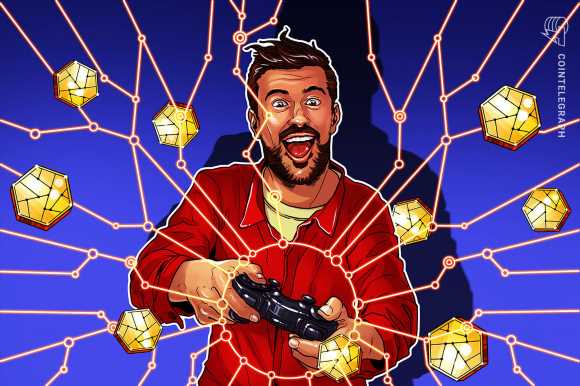 Bitcoin (BTC) and the broader cryptocurrency market have provided very little comfort in recent weeks, as macroeconomic headwinds and the implosion of the Terra ecosystem continue to reverberate. But, if we look beyond the immediate price action, we observe an industry that continues to grow and evolve, as well as attract sizable capital investments from major funders. The latest edition of venture capital (VC) Roundup highlights the continued growth of Web3 gaming, metaverse applications and even decentralized finance (DeFi) protocols.

Coding Bootcamp company Lighthouse Labs recently closed a $7 million seed round to further develop its so-called “open metaverse navigation engine.” The funding round had participation from some of blockchain’s biggest VCs and investors including Accel, BlockTower and Animoca Brands. Lighthouse Labs is developing a platform that allows users to search for places, events and experiences from across the open metaverse. Jonathan Brun, Lighthouse’s co-founder and CEO, said accessing the Metaverse will soon evolve from a gaming experience to one that becomes closer to the web.

Blockchain games publisher N3TWORK Studios has closed a $46 million Series A funding round to expand its footprint in the Web3 gaming sector. Specifically, the funding will help N3TWORK further develop and launch its first two Web3 titles, Legendary: Heroes Unchained and Triumph. The Series A was led by Griffin Gaming Partners, with additional participation from Galaxy Interactive, Kleiner Perkins, KIP, Floodgate and LLL Capital.

Related: In the Economy 3.0, metaverses will create jobs for millions

DeFi liquidity protocol iZUMi Finance has closed a $30 million funding round to expand its ecosystem and launch a new decentralized exchange on the BNB Chain. Roughly one-third of the funds were raised via bond vouchers on Solv Protocol, a platform that enables the creation of new financial instruments expressed in the form of nonfungible tokens (NFTs).

Related: What is total value locked (TVL) in crypto and why does it matter?

Common, a community management initiative for decentralized autonomous organizations, or DAOs, has closed a $20 million funding round to expand its platform and further decentralize its operations. Common gives users the ability to create, manage and govern their own blockchain communities. The company claims to have 500 active communities including crypto projects dYdX, Axie Infinity, Solana and Polygon.

DeFi protocol Centrifuge has partnered with blockchain venture firm BlockTower to accelerate the financialization of real-world assets on-chain. To support this initiative, the partners secured $3 million in treasury token sales from both traditional and crypto investors. The incorporation of real-world assets is considered by many to be an important step in further cementing DeFi’s role in mainstream finance. Centrifuge co-founder Lucas Vogelsang said his firm’s partnership with BlockTower aims to “accelerate the adoption of DeFi in institutional capital.”