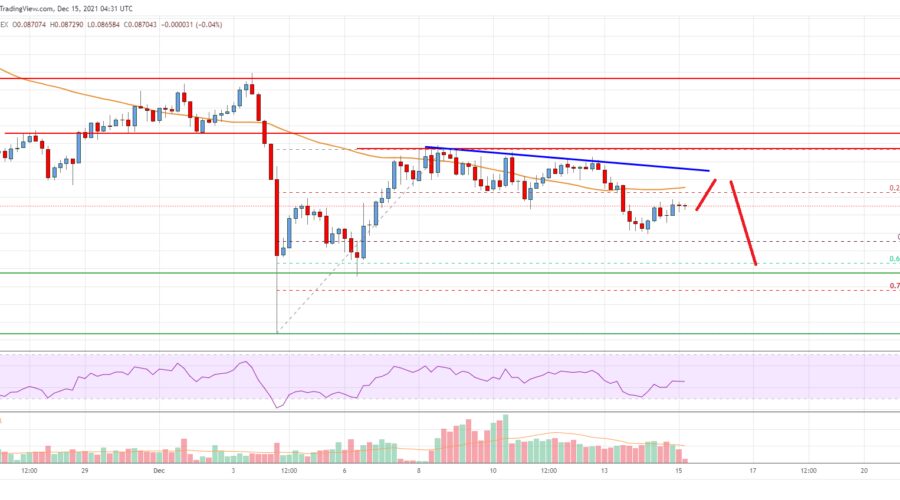 TRON price started a recovery wave from $0.0800 against the US Dollar, similar to bitcoin. TRX price is recovering, but it must clear $0.0950 for more gains.

After facing resistance, tron price started a fresh decline below the $0.0900 level against the US Dollar. TRX price even broke the $0.0800 support level to enter a bearish zone.

There is also a key bearish trend line forming with resistance near $0.0900 on the 4-hours chart. A close above $0.0900 is must for a fresh increase. In the stated case, the price could rise towards the $0.0950 resistance in the near term. Any more gains could set the pace for a larger increase towards the $0.1050 level.

The chart indicates that TRX price is now trading below $0.0900 and near the 55 simple moving average (4-hours). Overall, the price could start a major increase if there is a clear break above the $0.0950 resistance.