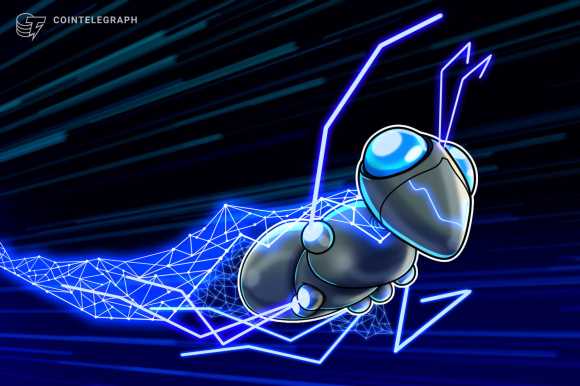 The ride-sharing industry is poised for another paradigm shift with Web3 protocols, allowing new companies and drivers to bid for rides using a matching algorithm, according to the Decentralized Engineering Cooperation (DEC) — the company behind the Solana-based protocol TRIP that enables mobility-based applications.

According to DEC, on the TRIP platform, companies and riders can collaborate and compete in a shared marketplace. The protocol also rewards the most active participants with a stake in its governance for both drivers and customers.

The first company to operate on TRIP is Teleport, a decentralized ride-sharing application set to be launched in December and run by the parent company DEC. On Oct. 27, DEC announced a $9 million seed round co-led by Foundation Capital and Road Capital.

DEC CEO and Teleport co-founder Paul Bohm told Cointelegraph that Web3 technology, including TRIP, will compete to replace “closed platforms run by corporate monopolies with decentralized protocols that are open source, competitive, and fair for everyone.”

Bohm stated that the additional funding will be used to “launch TRIP permanently in specific cities.” It will also help the company achieve its decentralization milestone.

By using a blockchain-based solution, riders using the TRIP ecosystem can pay using USD Coin (USDC) on Solana and fiat currencies through Apple Pay, while drivers will be able to accept the stablecoin as payment straight to their bank accounts or have it deposited into their wallet.

“By turning ride-sharing into a protocol, Teleport is building what we couldn’t build at Uber in 2010, and what Uber should be building today,” said Ryan McKillen, a former Uber employee and one of the investors who joined the seed round. Additional investors included Thursday Ventures, 6th Man Ventures, 305 Ventures and Common Metal.

Related: Web3 is the solution to Uber’s problem with hackers

The market size for ride-sharing is expected to grow to $344.4 billion by 2030, according to Precedence Research. Data from Statista shows that Uber is the most popular ride-sharing app in the world, with 93 million people using the application on a monthly basis.